Linux fans enthusiastic about Google’s effort to bring desktop Linux apps on Chrome OS owe to themselves to watch the following video.

In it, technology YouTuber Lon Seidman demos the current state of the Crostini project (‘Crostini’ is the codename for the “run desktop and CLI Linux apps on Chrome OS” feature we keep gushing about) on both an Intel Chromebox and an ARM-based Chromebook.

This latter demo, of ARM support, is of particular interest.

I had (wrongly, it turns out) assumed Google would restrict Crostini to running on its higher-end Chromebooks, like the pricey Google Pixelbook and the ‘spensive Samsung Chromebook Plus.

Why? Because although containers are nimbler than their fully fledged virtual machine cousins they do still require more resource than the average low-end Chromebook tends to offer (not to mention more than 16GB of storage space too).

But, much to everyone’s surprise, that’s not the case. In fact, Google recently rolled out experimental Crostini support to a further 18 Chromebooks, including some older models. The only real limiting factor seems to the kernel support, with devices running on older Intel processors left out of the fold.

What is Crostini, Again? 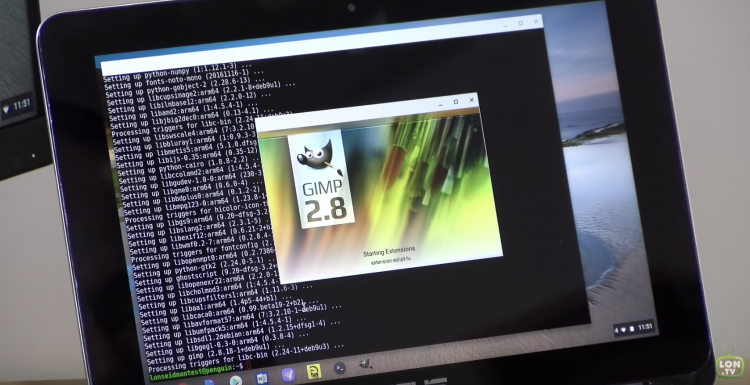 The Chrome OS Linux feature (aka ‘Crostini) creates a sandboxed Linux container inside of Chrome OS.

What is a container? Well (toddler explanation time) it’s like a lighter, more resource efficient ‘virtual machine’ that shares the host OS kernel and, often, some other libraries and components too.

The Chrome OS Linux container is primarily “accessed” using the command line (Google bundles a neat terminal app in by default) but it doesn’t have a desktop UI. A dedicated “Linux” folder is created the Chrome OS file manager app for storing/transferring documents, images, and other media to/from the container.

You can install regular desktop Linux apps in your container using the command line. Chrome OS adds shortcuts for Linux apps to the main ChromeOS menu, where they sit alongside Chrome and Android apps. This allows Linux apps to be run on Chrome OS without needing to use the terminal at all.

Linux apps on Chrome OS work like regular Chrome apps and Android apps in that you can move them, resize them, rearrange them, close them from the overview screen, and so on.

Enough waffle; hit play below to watch Lon’s overview of the feature as it works right now.

He briefly walks through how the container-based feature works and how to use it, offers guidance on how anyone with a compatible Chromebook can get it set it up and running, demos the process of installing and opening apps and comments on their performance.

Lon says he plans to keep his viewers up to date with Crostini as the feature develops, so don’t be too surprised if we end up featuring some of those followup videos on this site/in this post.

During the five or so years I spent running OMG! Chrome! I always looked forward to videos from Lon each time a new Chromebook popped out. Lon cuts out the waffle, padding and excessive “stating the obvious” tropes that many tech YouTuber’s use to get to the stuff that matters. Keep at it Lon! 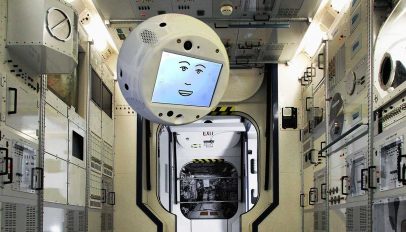 Meet the Astronaut AI that Runs on Ubuntu
Read Next