If you want to install the latest Mozilla Firefox beta release on Ubuntu, Linux Mint or a related Linux distribution then read on — cos I show you how in this article.

Installing Firefox beta is an easy way to get ahead of the curve and try our new features sooner.

Though not recommended for everyone, Mozilla devs make it easy to install  Firefox beta builds in Ubuntu and co. You just add a PPA to your software sources, run an update, then bam: upgrade to Firefox beta.

If you’re feeling particularly brave you can also install the latest Firefox nightly release too. Nightly builds are produced more frequently and are more akin to alpha releases — do don’t expect stability!

Before I show you how to install Firefox beta on your Ubuntu system there are are a few things you need keep in mind before doing so.

Why Install Firefox Beta on Ubuntu?

Firefox beta and nightly builds are intended for testing and not regular, everyday, use.

Beta builds will contain bugs, particularly if new features or major changes are included. Such builds might also throw errors, break add-ons and themes, or just flat out refuse to work. You should submit bug reports and file feedback where appropriate so Mozilla devs can fix the flaws.

To put it another way ask yourself why you want to install Firefox beta on Ubuntu. If you can’t answer, then don’t install it; stick with stable version your OS came with instead.

Also note that when you install Firefox Beta in Ubuntu using a PPA it replaces the stable version your distro came with.

A safer alternative is to download Firefox beta directly from the Mozilla website. Just unpack the .zip and double click on the firefox.bin binary file inside to use Firefox beta without replacing your stable build.

How to install Firefox Beta on Ubuntu

Back to the task: how do you install Firefox beta on Ubuntu?

Well, Firefox’s developers make it easy. They maintain an official repository for Ubuntu and related distros, the Firefox Next PPA. You can add this PPA to install or upgrade to latest Firefox beta build.

1. Add the Firefox Next PPA to your list of software sources by running this command in a new terminal window:

2. Then refresh your package list and install the Firefox beta:

Finally, restart Firefox if it is currently running.

Only the bravest among you will want to install Firefox Nightly builds on Ubuntu. These versions come with no warranty, are often updated multiple times a day, and break often.

But there’s an upside.

Unlike the Firefox beta PPA we showed you above the packages in this repository do not replace your current Firefox installation. This means you can use this PPA to install Firefox Nightly alongside a stable version of Firefox (or the Beta build, if you installed it above) without any ill effects.

Firefox Nightly also uses a different profile on your system. This means any changes you make, bookmarks you add, or add-ons you install won’t affect your stable/beta Firefox build — perfect for testing.

Once installed you can launch the application from your desktop’s applications menu or dash by searching for “nightly”. 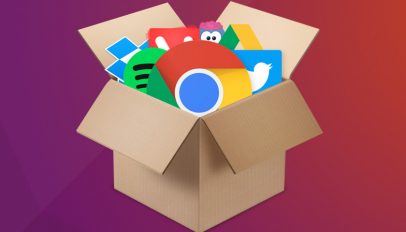