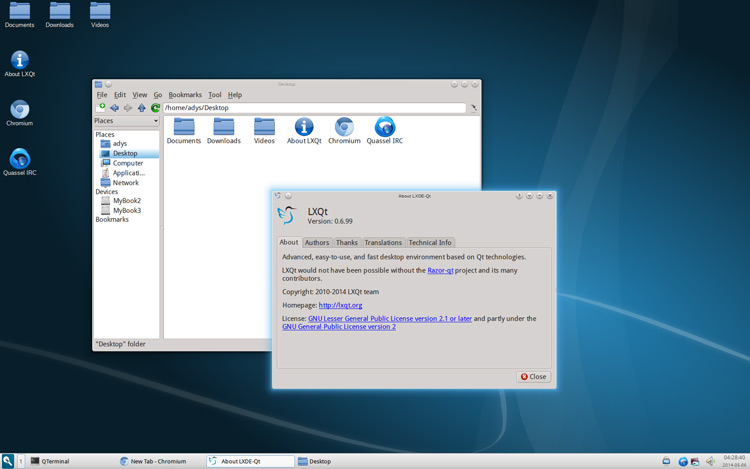 A new version of the LXQt desktop environment has been released.

For those unfamiliar with it, LXQt is the ‘next generation of LXDE’ bornas a merger of the LXDE and the Razor Qt desktop projects.

LXQt 0.13.0 is the latest release as developers work towards a formal 1.0 release. While I’m not versed enough in the desktop to know what’s new, the LXQt team are. And they tout the following improvements:

You’ll notice there’s no big new headline features but remember: this is a desktop focused on resource efficiency, technical prudence, and customisation.

If you’re keen to try it out you can grab the source on Github or downloads.lxqt.org and get compiling!

Sounds too much like too much effort? No worries; this update (and presumably any subsequent LXQt updates) will be available through the Ubuntu repos in time for Ubuntu 18.10 aka the  Cosmic   Cuttlefish later this year.

How to Install LXQt Desktop on Ubuntu 18.04 LTS

Although the latest version of LXQt isn’t packaged up and available in the Ubuntu repos there is a simple way to get a hands on feel for the LXQt desktop, to try it out, and to see if it meets your workflow needs: install LXQt 0.12 in Ubuntu 18.04 LTS.

No PPAs or Snaps or other stuff required. Simply pop open a terminal and run this command:

Once the install finishes up — and it’s important that you do let it finish up — just logout of your current session then select the “LXQt desktop” session from the GDM session selector cog and proceed as normal.

When you’re done testing you can switch back to a different session.