There’s a rather large visual change in Ubuntu 18.04 that I’ve only just noticed.

It’s not because the change in question is subtle or easy to miss. It’s because I have only just booted up a copy of the Bionic Beaver thanks to the release of Ubuntu 18.04 beta 2.

And wow; the change dramatically alters the appearance of the Nautilus file manager under the Ambiance GTK theme (as well as Radiance, its lighter sibling).

One downside to being so interested in development of the “New Ubuntu Theme” is that I completely overlooked the changes being made to the default Ubuntu theme.

Now, I knew some tiny fixes, tweaks, and tune-ups were planned for this cycle (what with Ubuntu opting to keep using Ambiance).

But I wasn’t expecting to see any striking visual changes land.

Naturally, while I wasn’t looking, Ubuntu devs went and did this: 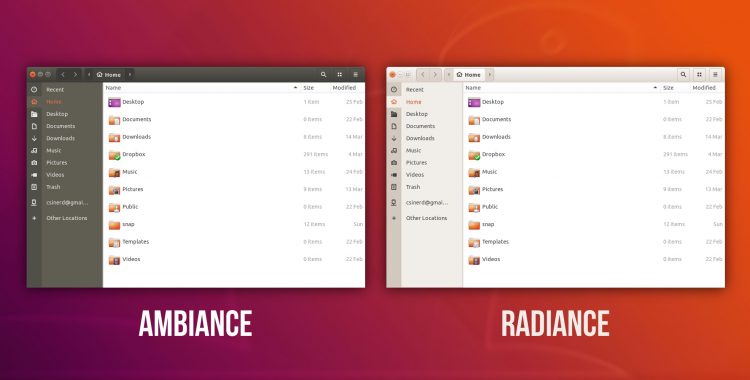 If you’re struggling to “see” the difference compare: 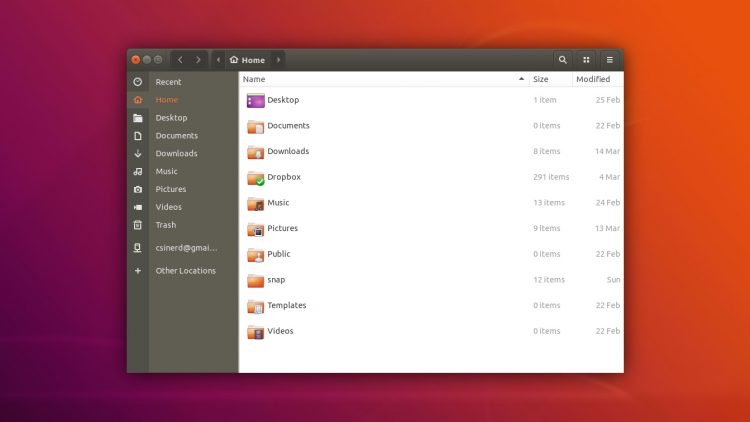 You’ll see that both Ambiance and Radiance use a new Nautilus sidebar design.

The darker look is “inspired” by Ambiance-rw, an ‘improved’ version of the Ambiance GTK theme that we wrote about last year. The changes arrived in an Ubuntu-themes package update back in March.

This tweak may not give Ubuntu the “2018 facelift” it sorely needs — and was so near to having — but the tweak does help lend the file manager a more weighted appearance.

I especially like the dual-tone nature of the sidebar, and that the “selected” shortcut/folder extends the background color into the icon column.

Do you like the change? Let us (and the whole world know) in the comments section below.