Planning to upgrade to Ubuntu MATE 18.04 LTS? Then you may be wondering what new features and changes the update will bring.

In this post we round up all of the key information about the next release of one Ubuntu’s most popular community flavors.

Those who’ve used an earlier version of Ubuntu MATE will notice the biggest change right from the start as Ubuntu MATE 18.04 ships with a new desktop layout enabled by default.

But no one should panic as the rejig isn’t revolutionary. In fact it’s actually rather familiar…

Yup, Ubuntu MATE 18.04 uses a new panel layout which is more or less the same as the one it currently uses barring one key change: the menu applet.

Previous versions of the flavor use the standard app menu applet which adds ‘Applications, ‘Places’ and ‘System’ menus to the top bar.

The new layout swaps the stock menu applet for the Brisk Menu.

The Brisk menu is leaner, sleeker and searchable. It has a big benefit too: Ubuntu MATE users can tap the Super/Windows key to instantly open the app menu and search for apps, just like in pretty much every other modern desktop, be it Linux or not! 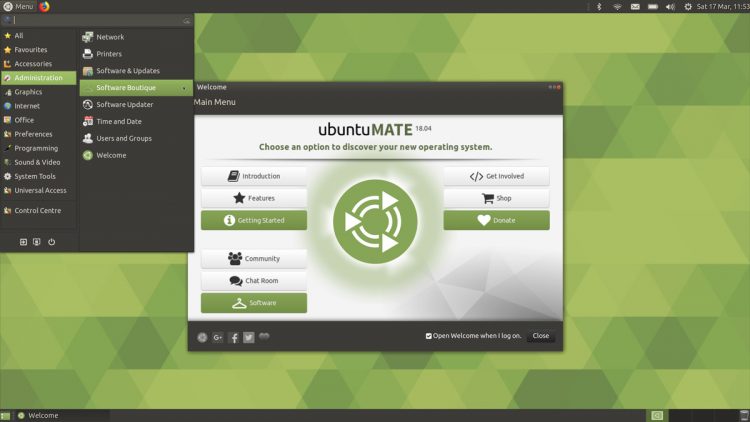 Naturally not everyone is pleased by the applet switcharoo, and that’s fair: a lot of folks switch to Ubuntu MATE because it is styled after the GNOME 2 desktop they know and (still) love. Changes that inch away from that model jar with this.

That said Ubuntu MATE does have to keep pace with progress too, and that means giving users saner defaults.

The majority of new Ubuntu MATE adopters are likely to be more familiar with modern desktop experiences and conventions (like an app menu they can search) so it makes sense for the distro to try and cater to their “nostalgia” too.

Besides, this is a Linux distro that is ridiculously customisable. Ubuntu MATE ships with a giddying array of desktop layouts out-of-the-box, including Windows-a-like, macOS-a-like, and Unity-a-like options.

There is literally something for everyone.

Anyone not fussed by the new ‘familiar’ desktop layout in Ubuntu MATE 18.04 LTS can enable the ‘traditional’ GNOME 2 style offering with a couple of taps on their touchpad:

Ubuntu MATE 18.04 LTS uses the latest MATE Desktop 1.20 release, which popped out back in February.

MATE Desktop 1.20 introduces more polish and improvement to the desktop environment, includes a number of key improvements over earlier releases, including:

3. A Haven for Unity Refugees

Ubuntu MATE 18.04 LTS wants to offer refuge to Unity desktop devotees who love the workflow, but who want to use something supported.

It even integrates window controls into the panel when windows are maximized!

The MATE Tweak is an indispensable utility. For the LTS release is picks up some new features, including HiDPI toggles for switching between auto detection, regular scaling and forced scaling.

Switching layouts is said to be more robust now, too.

Ubuntu MATE 18.04 is free to download. It is available in both 32-bit and 64-bit builds. You’ll need to use a free tool like Etcher to create a bootable USB stick. 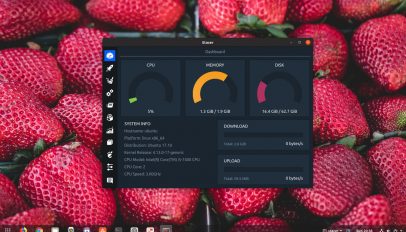