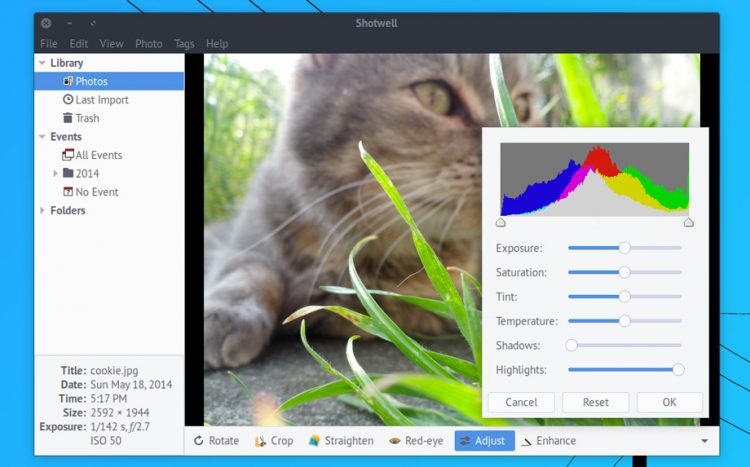 A new version of the Shotwell photo manager and editor is available to download.

Shotwell 0.28 “Braunschweig” arrives half a year later than originally planned but hasn’t shirked on improvements or bug fixes during the wait.

In all some 60 bugs have been closed since the Shotwell 0.27 release last year, with fixes for random crashes, Wayland issues, and problems sorting images among those now solved.

Shotwell 0.28 is a decent update that also delivers a slate of performance improvements, including:

F-Spot import has been removed, though I can’t imagine anyone still uses F-Spot.

Is Shotwell Still Worth Using?

Despite being a flagship app in many Linux distributions — Ubuntu included — the development of Shotwell is a little slower than I think almost everyone involved with the app would like.

The overall UI has remain unchanged since its debut back in 2009. elementary’s Shotwell fork (imaginatively called “Photos”) makes a number of improvements on its base. It would be nice of elementary sought to contribute their changes back upstream.

Get Shotwell 0.28 on Ubuntu & Linux Mint

Shotwell 0.28 is available to download as source from the Shotwell Git repo.

If you use Ubuntu 16.04 LTS and above, or an Ubuntu-based distribution like Linux Mint, you will be able to safely upgrade Shotwell using the official Shotwell PPA.

The new build isn’t currently available in the PPA, but should be uploaded in the next day or two. You can go ahead and add the PPA now to be notified via Software Updater when the update is ready for you:

Do you use Shotwell? Are there any additional features or changes you’d like the app to add? Let us (and everyone else) know in the comments below.