Delicious news for all you makers out there: a brand new Raspberry Pi is available to buy.

It features a faster ARM A53 processor and improved networking capabilities through the addition of Gigabit Ethernet, Bluetooth 4.2 LS BLE and dual band Wi-Fi.

While the addition of Gigabit ethernet is a big bonus (yay) the “downside” is that it’s still shared over USB 2.0 (boo). If you connect a data-intensive USB peripheral like an external hard drive the bandwidth available may be reduced accordingly depending on what you’re doing.

Of note the updated CPU features a slate of “power integrity optimisations” and a heat spreader. This, Raspberry Pi’s Eben Upton says, allows the device “[…] to reach higher clock frequencies (or to run at lower voltages to reduce power consumption), and to more accurately monitor and control the temperature of the chip.”

Another “downside” to the improvements is a comparative increase in power consumption. For this reason Upton says tinkerers should only use the board with a high-quality 2.5A power supply, like they just-so happen to sell.

The reveal is backed by this neat video:

The original Raspberry Pi 3 Model B (which, in my mind, it just the Raspberry Pi 3 as there was no Model A model) was launched in February 2016 and has so far sold over 9 million units.

Launching the improved plus model to celebrate Pi day (a day dedicated to the mathematical constant, not the pastry covered variety) is a nice touch, too.

Buy the Raspberry Pi 3 Model B+

If your development needs a little more niche there are other boards to choose from, including the Raspberry Pi Compute module (which has Ubuntu Core support), the Raspberry Pi Zero W, and other types of maker boards from other brands, like the Orange Pi. 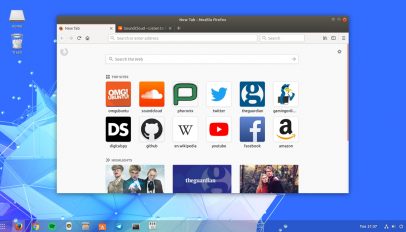 Firefox 59 released, these are the key changes
Read Next