When you boot up Ubuntu 18.04 LTS ‘Bionic Beaver’ later this year you’ll find a brand new app is installed by default.

It’s called ‘GNOME To Do’ and it is, as you might have guessed, a ‘personal task manager’ designed for the GNOME desktop.

The app promises to let you organize tasks ‘without getting into your way’ and has a decent set of features.

You can quickly add edit and manage lists, and reorder tasks within lists using drag and drop. Support for plugins mean that it can be quickly adapted to suit your workflow.

As app is now part of the core GNOME experience upstream the Ubuntu desktop team have opted to include it in the Bionic Beaver too.

It’s more than just a simple, ordered jot pad for to-dos though.

For example, the app lets you assign different priorities to tasks, with colors displays the list mode so that you can clearly delineate between them.

You can choose to give tasks due dates, add subtasks, and double-click on any to-do to add, edit or view detailed notes.

The app adheres to all of the standard GNOME app conventions, like header bar, single app menu, and so on. It also integrates with GNOME Online Accounts to let you ‘sync’ your tasks with a couple of online services.

At this point in a post I’d normally say something like “you can learn more about the app on the GNOME Wiki” but, honestly, the wiki page tells you next to nothing. It could do with some information about the features, modes, plugins, screenshots showing the full interface, and so on.

If you’re running Ubuntu 18.04 daily builds you will receive this app automatically when you install the next round up updates — so keep an eye out!

If you’re yet to try Ubuntu 18.04 (do keep in mind it’s in alpha quality) you can grab the latest daily ISO and check it out.

Finally, if you’re reading this from Ubuntu 17.10 (or a distro based on it) and want to use the app now, you can install GNOME To Do from Ubuntu Software:

Install GNOME To Do from Ubuntu Software 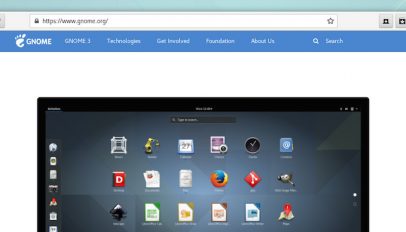