Responsive design is coming to the Lollypop music player.

A week or two back I shared a video of the stylish KDE music player Babe which showcased the app’s sleek new ‘responsive design’ capabilities.

But GTK fans needn’t feel like they’re missing out. Lollypop — arguably the best modern desktop music player for GNOME — is working on a responsive design too.

And based on the following short clip shared by Lollypop developer Cédric Bellegarde, things are looking super sweet:

To an outsider like me it’s clear that Kirigami gives Qt developers a head-start when it comes to creating apps that can adapt their interface and features depending on their relative window size and position.

I don’t know much (if anything) about the state of responsive design in GTK (though Purism is now working to improve responsive GTK+ apps) but I can say that it is exciting to see a regular, native GTK+ app like Lollypop able to morph its UI according to window size. Electron apps can do it; Qt/Qml apps can do it; and thanks to this video it’s clear that GTK apps can do it too.

Want to install Lollypop on Ubuntu? You’ll can install the latest stable release from Flathub, the Flatpak app store, or use the official Lollypop PPA. 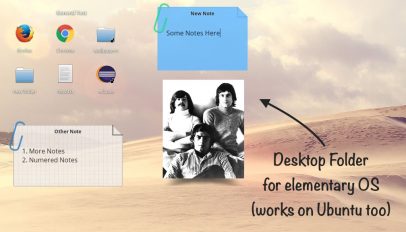