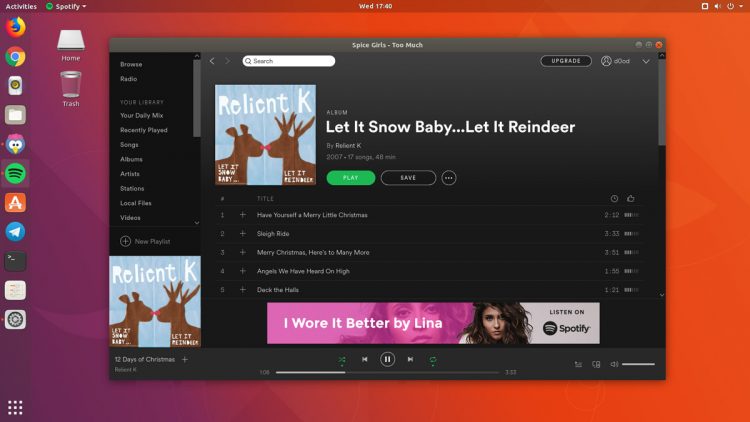 It just got easier to install Spotify on Ubuntu, Linux Mint and other distributions thanks to Snappy.

The launch of the official Spotify Snap app means it’s far more convenient for fans of Spotify to install the music streaming app on Ubuntu desktops, as no external downloads or repo commands are required.

Of course, the hugely popular music streaming service is no stranger to the Linux. A native Spotify for Linux client has been available since 2010 (though the player did lack a dedicated developer for a while).

But lest anyone mistake the appearance of the Spotify snap as an about-turn in their support for Linux in general, the store description notes: “[Linux] is currently not a platform that we actively support. The experience may differ from our other Spotify Desktop clients, such as Windows and Mac.”

If snap applications aren’t your thing you’ll be pleased to know Spotify remains available elsewhere too.

You can, for instance, install Spotify from Flathub, the Flatpak app store; and a traditional apt repository is available for Ubuntu (should you prefer to get your app updates the old-fashioned way).

Distribution method aside there’s no difference between the Spotify snap app and the version you can download elsewhere.

Literally no difference; all the features that work in the regular Spotify Linux app work in the snap build, including access for free accounts, playlists, podcasts, Facebook feed activity, Last.fm scrobble support, and so on.

Spotify for Linux also has media key support and MPRIS integration (e.g., the Ubuntu Sound Menu, GNOME Shell Message Tray, Budgie’s Raven, etc) so that you can control music playback regardless of whether the app is in focus or not. 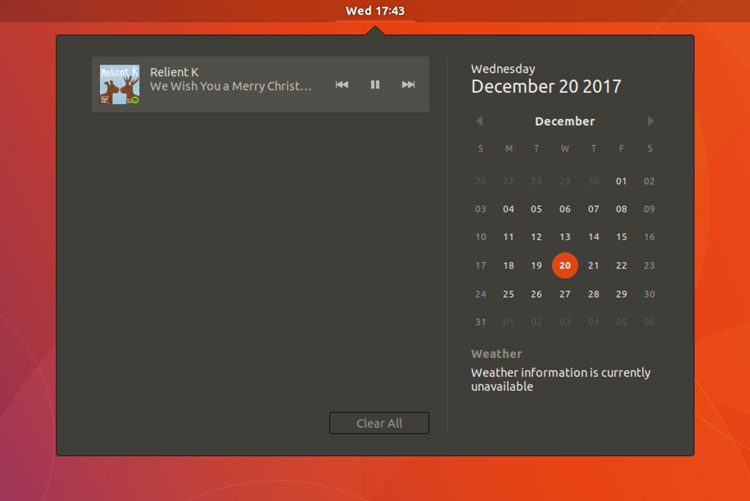 It’s super easy to install the Spotify Linux Snap app on Ubuntu 16.04 LTS or later. Don’t believe me? Try it:

Spotify will download and install right away. Once done you can click the ‘launch’ button in Ubuntu Software to open it. You can also open Spotify from the Unity Dash (if you use Unity), the Applications Overview (if you use GNOME Shell), or whatever application launcher you use.

You can also install the Spotify Linux app from the command line on Ubuntu 14.04 LTS and above:

In honour of the streaming music service’s assimilation into the world of Snap apps here’s a song by Snap! to celebrate:

Guy Clark No. The value of a used MAC is mostly made up of the brand name.
Devs Get Ubuntu Running on Apple Silicon, Say It’s ‘Completely Usable’

Biky Alex Why buy new hardware, when you can run Linux on…
Devs Get Ubuntu Running on Apple Silicon, Say It’s ‘Completely Usable’

Biky Alex The container in container meme is real 🤯
How to Install Docker on Ubuntu 20.04 LTS (Beginners Guide)