A new version of VidCutter, a free video trimmer app, is available for download.

VidCutter 5.0 makes it easier to cut videos to specific frames, improves the export of video clips with audio and subtitle tracks, and refreshes the default application icon.

If you want split video, trim video, or join video clips into a single montage then Vidcutter is ideal. The app lets you perform these tasks, as well as many more, quickly and easily.

VidCutter is a Qt5 application that uses the open-source FFMpeg media engine. 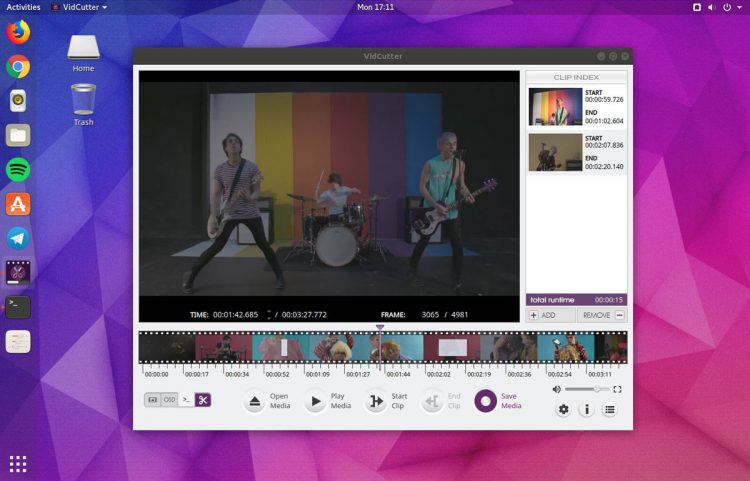 The latest release lets you create frame accurate cuts using the new ‘SmartCut’ feature. This feature makes use of re-encoding and, as such, can be toggled on and off by clicking the scissors icon in the toolbar.

Stream mapping helps to ensure all of source media streams (e.g, video, audio, subtitles) are included in the finished export.

New settings option to force all file manager tasks to a single instance of Vidcutter.

Finally, the .vcp file format now registers as a “VidCutter Project file” on both Linux and Windows installs. This makes it easier to save a project and resume it again later.

Vidcutter is a free video trimmer app for Windows, macOS and Linux desktops.

You can download installers for Windows and macOS from the official project website. Here you’ll also find Linux source code.

If you’re using Ubuntu 14.04 LTS you can download a Vidcutter AppImage using the link below. This requires all of the dependencies the application needs, bundled up inside a single runtime.

If you’re running Ubuntu 16.04 LTS or later you can also use the AppImage above or use the VidCutter PPA to install the app and stay up-to-date with future releases:

Video used in the screenshots: