Next April’s release of Ubuntu 18.04 LTS will be the first version of Ubuntu that can display color emoji in desktop apps, out of the box.

Ubuntu users will also be able to enter the glyphs in GTK apps using a searchable emoji picker.

Based on a recent bug report, all of the relevant packages needed to enable full support for color emoji in GTK apps will be in place for ‘Bionic Beaver’ in the coming days.

I know what you’re thinking about this news — and I totally agree: this is a ground-breaking and earth shattering move that addresses the single most pressing and important concern with regards to Ubuntu’s future as a viable desktop operating system.

Alright, so emoji support in Ubuntu isn’t the sort of change many will willingly admit to caring about, but it is important.

Superfluous though they often seem, emoji are now an integral part of modern online communication for many, many users. An asinine glyph appearing at the end of a message can dramatically alter the meaning of text.

I thought Ubuntu could already do this?

We’ve covered various hacks that let you see and use color emoji on Ubuntu in various apps over the years — but few of those methods were perfect, catch-all solutions.

GTK apps on Ubuntu have been unable to render color emoji natively (even when a color emoji font is installed and working in other apps, like Firefox and Chrome).

It’s 2017; Ubuntu is well and truly behind the curve on support this rather basic feature. Fedora gained a neat emoji picker in 2016, and GNOME 3.26 comes with relevant support plumped in.

Heck, even Windows 7 got emoji support.

So it’s only right that Ubuntu devs put in the effort to catch up (lest it leave another bunch another bunch of LTS users marooned in the next decade, unable to see something as basic as brightly colored emoji).

Based on recent bug activity and package uploads all of the requisite packages are being put in to place. This will ensure everyone can see and use color emoji in Ubuntu 18.04 LTS in GTK apps out of the box — no hacks or extra packages required. 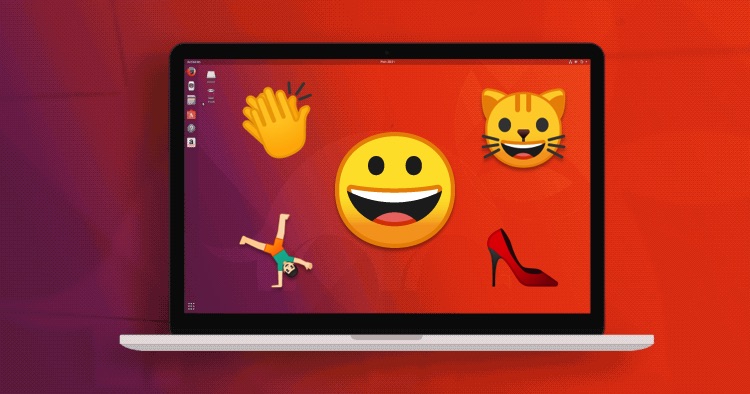 Thanks to GNOME developers most GTK apps, including Twitter app Corebird, the Polari IRC client, and the Web web browser, support an emoji picker option in valid text fields.

Ubuntu 18.04 LTS will use the open-source Noto Color Emoji font (the same emoji font used in recent versions of Android). This has the benefit of ensuring there’s (some) degree of consistency between platforms. Subtle variations exist in different emoji sets. This can, in some instances, alter the intended meaning of a message.

If the mere idea of having to glance at gleefully garish icons as you go about your business makes you itch, remember that you will be free to uninstall the emoji font from your system should you wish.

With every other major operating system out there able to display color emoji, and GNOME devs having done the hard work of adding support for them in native GTK apps, it’s only right that Ubuntu developers make use of the support.

Joe Sneddon I do love gThumb, it's a fantastic tool (and has…
gThumb 3.12 Released with HEIF/HEIC & AVIF Image Support

Noctis Yeh, you have a point.
Ubuntu Makes Firefox Snap the Default

3rp3 Hey, Joey! I think you have a typo here: The…
gThumb 3.12 Released with HEIF/HEIC & AVIF Image Support

amivaleo Way too many buttons on the headerbar in my opinion.…
gThumb 3.12 Released with HEIF/HEIC & AVIF Image Support