But it’s not by way of a native desktop client. Instead the service has launched a new and improved web extension for Google Chrome and Firefox, and a new ‘read/write’ web app.

Both tools mean you add, store, sync, and manager passwords in your browser directly, without needing to rely on a desktop app at all (which Windows and macOS users will be pleased about).

Dashlane is super popular. According to the company an estimated 9 million people use it as their password manager. By adding Linux (and ChromeOS) into the mix its popularity could swell even further.

A number of neat sounding features are offered by the service — note: I’m not sure if all are available on a free plan though — including built-in password generators, warnings about weak and overused passwords, automatic password changing, and so on.

In a (rather lengthy) Medium blog Dashlane’s Alexis Fogel explains more about the addition of Linux to their supported platforms:

“We started Dashlane as a Windows and Mac application that worked with a Chrome extension. Over the years, we created mobiles apps for iOS and Android and added support for Firefox, Safari, and Internet Explorer.

With Dashlane 5, we go even further — we are adding support for Linux, Chromebook, and Edge, thanks to our new browser extension architecture and a powerful read/write web application.”

Supporting even more users, and managing infrastructure to let them access their saved passwords through the browser will, Alexis adds, cost the company money, but says they feel “it’s the right time to make this investment”.

Other changes in Dashlane 5 include:

So, whether you’re running Ubuntu, trapped in Microsoft Edge, or sitting in your PJs on the sofa with your low-end Chromebook, it’s pretty swell to know Dashlane can bring your passwords to you.

The video below distills the new Dashlane 5 features:

I’m not very familiar with password management apps and services personally. Everyone seems to have a different favourite, be ir LastPass, KeePassX, or KeePassXC. For me, however, Google Chrome and Firefox Sync both suffice for my cross-device password sync needs.

But if Dashlane sounds like the type of service that’d make your web browsing a little easier, head over to the Dashlane website to find out more and install the web extensions/web app.

Do note that Dashlane can only be used on one computer or device for free. To enable cross-platform sync you have to stump up $39.99 per year. 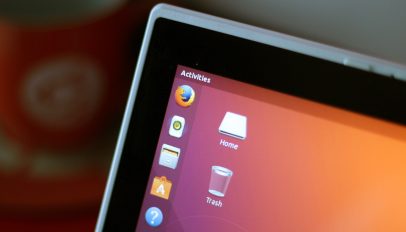