SuperTuxKart is the best kart racing game not available on Nintendo consoles — and it’s just scored a spooktacular new update in time for Hallowe’en!

PSSST! You can now play SuperTuxKart on Android devices

The development team behind the famous open-source arcade racer have issued a new release that features new tracks, a new arena, new karts, and lots more besides.

SuperTuxKart is not just a great game but also a great example of open-source software in general. Like many, I was therefore thrilled to see it green-lit on Steam earlier in the year.

But before the racer revs up on that game distribution platform there’s a Hallowe’en version bump to enjoy. As this is the first proper update to the game in over a year STK developers have made sure it’s packed full of both tricks and treats for fans.

Alas, you can’t yet play SuperTuxKart online with other players (this feature is in development) but there’s still plenty to enjoy.

The first is Candela City, a Paris-inspired track with romantic lighting and Parisian architecture. This track was previously given away in a gift pack. 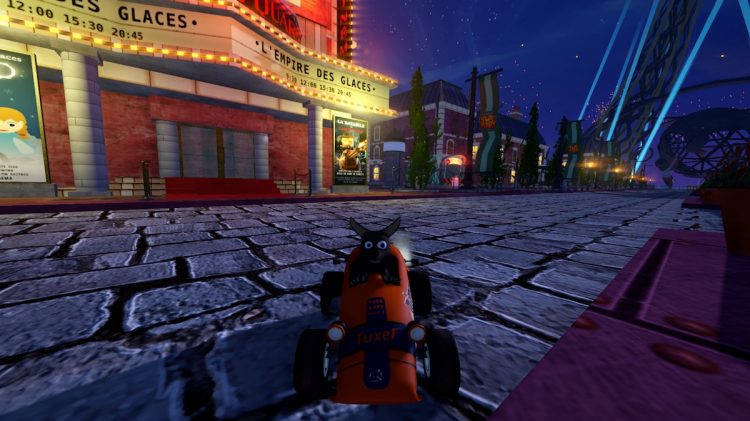 Fans of ‘Battle Mode’ will be sure to appreciate the new ‘Las Dunas Arena‘, a sprawling stadium perfect for competitive brawls and match pieces.

Kiki, the face of the Krita project, joins the playable group of mascots. Konqi, the KDE mascot, has also been updated for this release.

Finally, both the Wilber and Hexley karts have received some modest art updates.

This feature is able to “record smooth video without the problems of an external program” on Windows and Linux desktops in a variety of formats (though SuperTuxKart will encode in VP8 WebM by default).

A terrifically terrifying new gift package is available to those who donate more than $3.99 to fund the game’s development. The latest gift set comprises of an updated Mansion track, and two new gameplay arenas: Pumpkin’s Park (a derelict amusement park) and Alien Signal (a desolate sinkhole).

Don’t fret if you can’t afford the gift pack right now as many of these tracks will be included for free in future, either as an update to the core game or made available as an in-app add-on.

How To Install SuperTuxKart 0.9.3 on Ubuntu

SuperTuxKart 0.9.3 is available to install on Ubuntu 14.04 LTS and above from the SuperTuxKart Dev PPA (despite the name this PPA is used to distribute new stable releases). While this PPA is semi-official, there are no guarantees that everything will work a-ok, so keep that in mind.

To add the SuperTuxKart PPA to your software sources just run the following commands in a new Terminal window:

Once install wraps up you can go ahead and launch SuperTuxKart from the Applications screen, Unity Dash, or similar.

You can also download the latest stable release of the game from the project’s website, which is provided as a static binary. To run, extract the archive and double-click on the run_game.sh file inside.