The development of the popular TopIcons Plus GNOME extension has been put on pause.

But in a bug report on Github TopIcons Plus developer Phocean says that he is “going to take some distance with the development of this extension” by “pausing (stopping?)” his work on it.

What would make the developer behind one of the most popular GNOME extensions want to put his project on pause?

Well, Phocean cites Ubuntu’s decision to ship the kStatusNotifier extension in Ubuntu 17.10, and the attitude of GNOME developers towards both the API TopIcons Plus uses and the extension itself as a ‘motivating’ factor behind his decision.

“The Gnome project does not give a sh*t about it and made it public. They even don’t point to this extension but to an outdated, unmaintained one. Besides, Ubuntu, after making a survey, also moves on with its own extension,” Phocean writes.

The news comes days after the developer of the GNOME Global Menu extension announced a similar cessation in its development, again making mention of upstream as a factor.

“Status icons are dead with Gnome-Shell. Move on…”

“As it is now, the API is also buggy and incomplete, so it is impossible to make a reliable extension or really enhance it. Of course, it will never be fixed [as the API is being deprecated in future versions of GTK].

Phocean suggests that accept that “status icons are dead” in GNOME Shell, urging users of his add-on to “move on and enjoy Gnome-Shell (as I am doing), or switch your desktop environment.”

Sad times! But, as we’ve mentioned many times before, open-source projects do not truly ‘die’ as their source code is available for anyone, at anytime, to fork and continue.

And with kStatusNotifier being given Ubuntu’s blessing, it does seem that, for this add-on at least, a viable alternative is already in place.

Home » Community » Bad News for Users of TopIcons Plus… 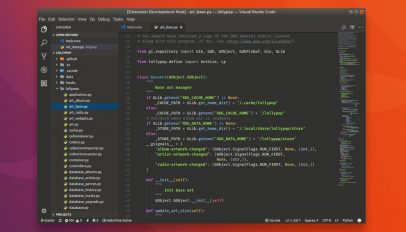