A new version of Latte Dock is available to download.

The popular desktop dock is designed for, but not exclusive to, the KDE Plasma desktop.

The official release announcement lists many of the salient changes, which include support for dynamic layouts and different layouts per activities; a basic and advanced mode for the configuration window; and the late addition of tooltips when hovering over a running app, an app launcher, or an applet.

Unity Launcher fans will be pleased to hear that this release includes libunity support. This allows apps which support it to display progress bars and badge counters on their dock items.

A community Thunderbird plugin utilises the new dbus interface in Latte Dock ti display unread count; it’s now possible to copy an entire dock; there’s support for Plasma 5.10’s Places feature; and many effects and animations have been improved, including the parabolic effect.

Finally, Latte Dock 0.7 includes a ‘Wayland tech preview’ so that those running KDE Plasma on Wayland can try the app out (with the usual caveats about a tech preview applying).

You can see many of the new features demoed in this video overview, which is put together by the Latte Dock developers themselves:

Like what you see? Latte Dock 0.7 is available to download right now from Github. It requires Plasma 5.9 or later and Qt 5.7 or later.

Ubuntu users can make use of a (tersely prefaced) Latte Dock testing PPA maintained by a developer called ‘Rik Mills’. This repo tracks Git rather than stable releases, but should be robust enough for testing. 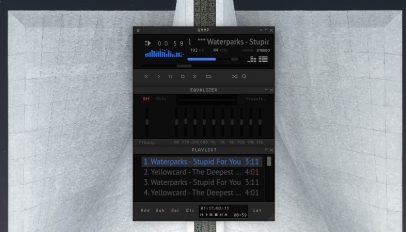