After upgrading, you’ll notice that the tweet info page has been given a small rejig. The timestamp of the tweet, the upload medium, and source link now sit at beneath the user account name at the top of the page. These stamps previously sat at the bottom, just above the actions toolbar. 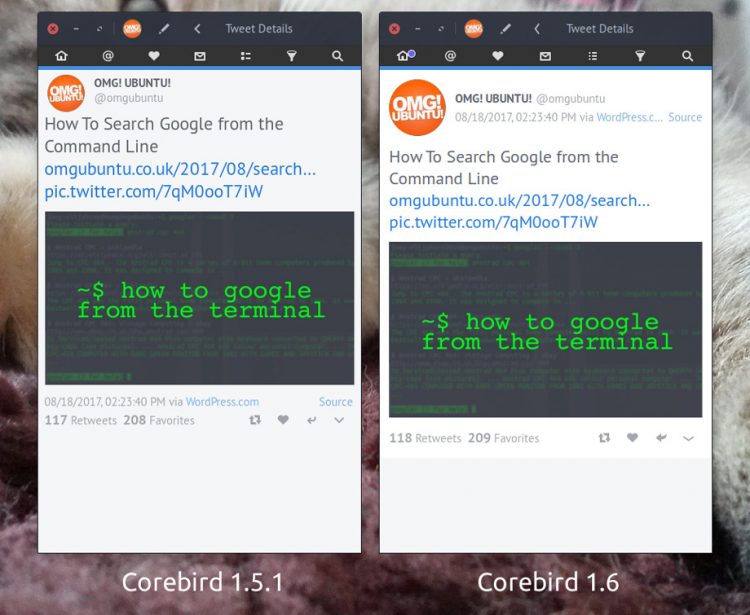 If you regularly tweet images you’ll be pleased to hear that the compose window now starts uploading images as soon as they are select, which saves you a little bit of time when hitting ‘tweet’.

Feel free to tweet some random cat pictures to us @omgubuntu to try it out.

How to Install Corebird on Ubuntu

There various ways to install the latest release of Corebird on Ubuntu. Just pick the one that works best for you.

If you’re already running Ubuntu 17.10 you can install the latest release of Corebird straight from the Ubuntu Software app:

If you fancy compiling Corebird from source you can grab the source code for this release from Github.

If you’re running Ubuntu 17.04 you can make use of an unofficial third-party PPA maintained by a guy called pandajim. To add this PPA, and install Corebird from it, run these commands:

The latest stable release of Corebird is also available as a Flatpak through (the wonderful) Flathub.

If you already have Flatpak and Flathub set up you can go ahead and install Corebird from Flathub using this command.

If you have not used Flatpak or Flathub before you can read our earlier article, ‘7 Apps You Can Install From Flathub, the Flatpak App Store‘. This post will walk you through each step required, and show you how to install Corebird (as well as other useful apps) on Ubuntu 16.04 LTS and above. 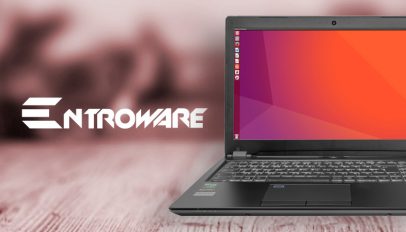 Meet the Entroware Zeus, a Powerful Linux Laptop
Read Next