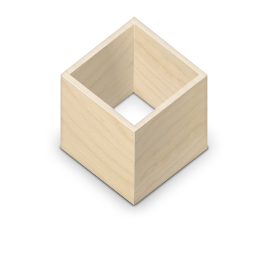 But I often wonder how many people out there are actually using these next-gen formats compared to existing ones, like PPAs and regular repositories.

Snaps seem super popular, and there are AppImages for just about everything we mention on this site. But what of Flatpak?

Back in May I ran a poll on our Twitter account to ask followers if they have ever installed a Flatpak app — only 15% said they had.

That means a whopping 85% of people have never tried Flatpak!

Do they find it hard to use? Is the software they want not available in Flatpak? Or is because they just don’t know how to use Flatpak or know which apps are available and from where?

The aim of this post is to fill in a few gaps and to show you how to install Flatpak apps on Ubuntu with little-to-no-fuss.

Flathub Makes Flatpak Easy to Use

Canonical’s Snappy has been a big hit with developers and users alike. Part of its success is in its simplicity. See, it has a centralised ‘app store’ (of sorts) that all Snaps are uploaded to and that snapd (the tool for installing and managing snaps) uses by default.

While using the ‘Snap store’ isn’t a hard requirement (anyone can set up and use their own Snap store) it simplifies the process for end users who, after all, just want apps without the hassle of repo hunting.

The good news is that Flatpak also has an ‘app store’ of sorts, called Flathub. It’s a) not very well known and b) not enabled by default. But, like the Snap store, Flathub acts as a centralised repo that any user can install Flatpak apps from, and any app developer can add their apps to.

Below you’ll find a list of 7 Flatpak apps you can install on Ubuntu right now.

To get started you first need to install Flatpak on Ubuntu. Older versions of Flatpak are available to install from Ubuntu Software, but I recommended that you use the very latest version of Flatpak.

And to get it you need to add the official Flatpak PPA so your software sources, update and then install. The PPA supports Ubuntu 16.04 LTS and above:

With Flatpak installed the next step is to add the Flathub repo (called a ‘remote’) from which you can install apps:

That’s it; you now have everything you need to install Flatpak apps on Ubuntu!

7 Flatpak Apps You Can Install from Flathub

The applications listed below represent a sample of the apps available as Flatpaks from this Flathub. There isn’t an ‘easy’ GUI way to browse apps available from it, but you can refer the Flathub Github page for more details.

One final word: please pay attention to the terminal output when installing the apps from this list as you may be prompted to add/enable additional remotes and runtimes. 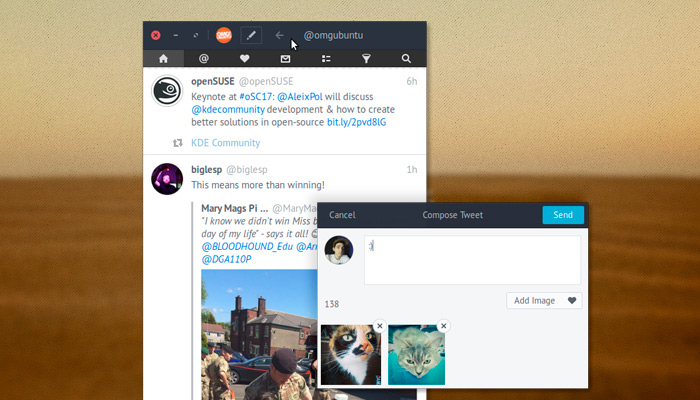 If you use Twitter and you use Linux then Corebird is an absolute no-brainer to install.

A native GTK3 Twitter client, Corebird offers almost all the features you need to share snippets of your life on social media. It supports multiple accounts, has a decent search tool, built-in media viewer, lets you upload photos, and provides plenty of options to prettify your stream.

To install the Corebird Flatpak run: 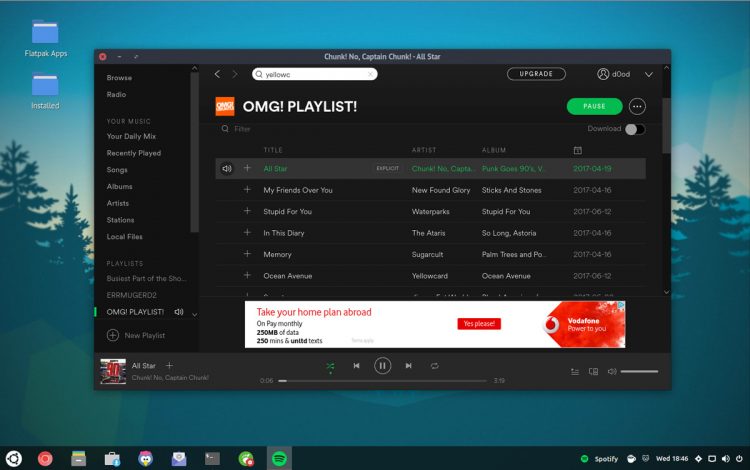 Spotify is …Well, its in no need of introduction, is it? Chances are you already use this free streaming music service because it has your favourite artists’ discography, and plenty more besides.

Although the Spotify Linux app is no longer under active development it still receives a few fixes now and then — and it is still a far spurious better alternative to the Flash-based Spotify web player.

To install the Spotify Flatpak run: 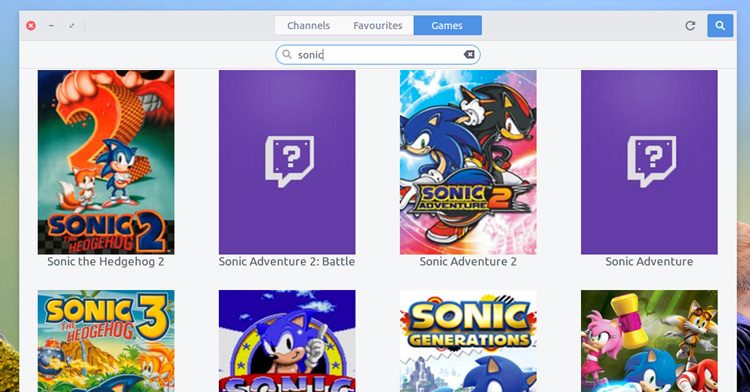 If you spend more time watching games than playing them you’ll definitely want to give GNOME Twitch a turn on your desktop. It’s a Flash-free Twitch.tv desktop client that lets you login, browse channels and games, chat with streamers and (ofc) watch lots and lots of gameplay action.

To level up and install GNOME Twitch Flatpak just launch your terminal emulator and enter the this:

I’ve spoken before about why I swapped VLC for MPV and, how much I love the native GNOME MPV front-end for it. So yes, I am suitably enamoured by the fact that Flathub allows me to easily install the latest release of GNOME MPV, fuss-free.

And you can too: 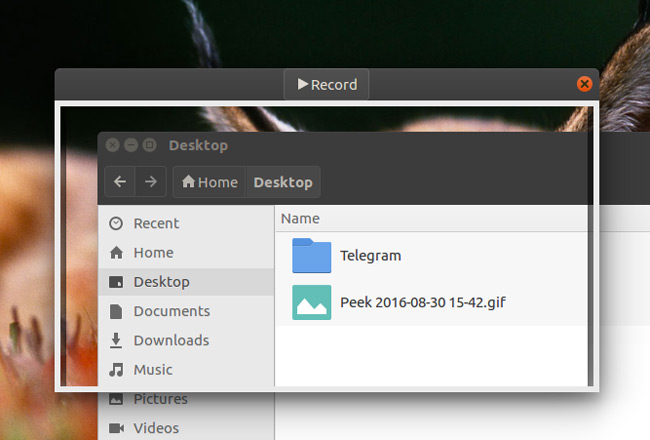 Animated Gif recorder Peek was one of my favourite software finds of last year. This simply designed and straightforward to use screen recording app “just works”. It’s perfect for capturing a bug or quirk as an animated gif, as well as demonstrating a specific feature.

To install the Peek Flatpak run:

As delicious as it sounds, Lollypop is a near-perfect GTK-based music player. If you haven’t sampled its sweet set of features — a hit parade of music management, browsing and playback options — I recommend you do.

To install Lollypop music player on Ubuntu as a Flatpak, run: 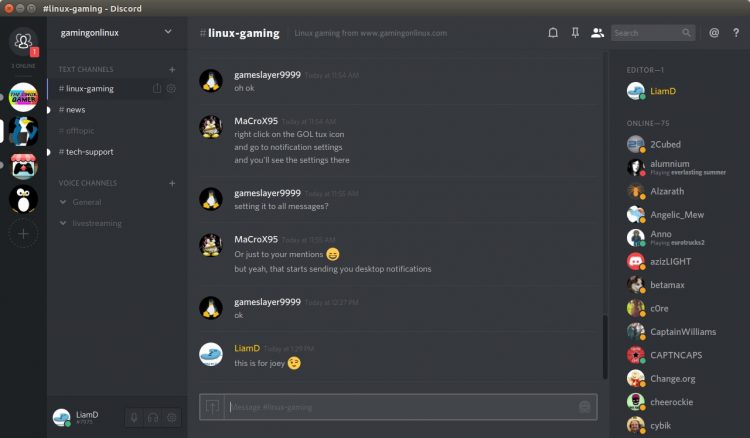 Discord is a fast-growing free alternative to Skype, Viber and other VoIP apps. Although targeting gamers (who, I’m told, love it) the app is also useful for anyone looking for a decent cross-platform way to keep in touch with people. 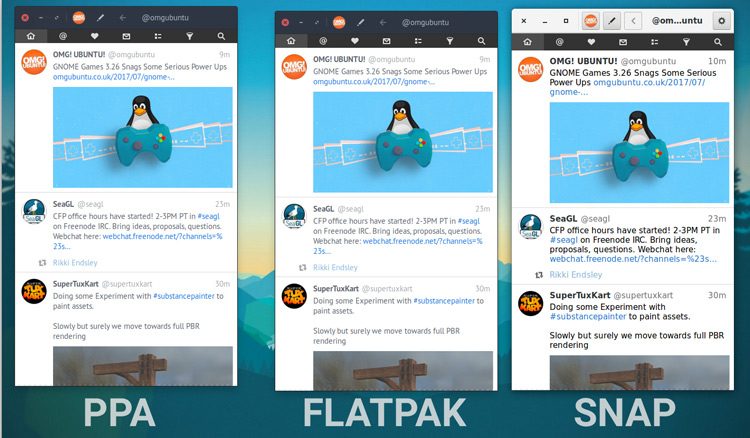 Remember: if you’re using a popular GTK theme like Arc, Adapta or Ambiance you can theme Flatpak apps to match the rest of your desktop using the theme packages available on Flathub.

This post is just a small sample of the apps available on Flathub. Do feel free to share your own top picks in the comments below. 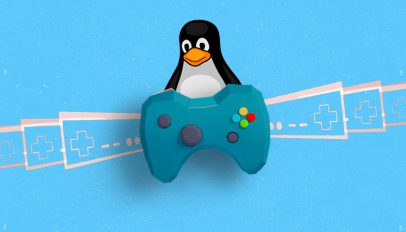