Have you heard about Firefox containers? Until today neither had I.

But this neat experimental feature recently picked up a neat new feature, so it feels like a good time to mention it.

Firefox containers is an experimental feature that let you segment tabs in to separate silos while you browse.

You can open different websites or web services in separate containers to keep them isolated from one other.

This has a couple of advantages.

For example, you can login to multiple accounts of the same website in the same browser, side-by-side.

You can assign custom labels and icons to each container you create, and use of color-coded tabs to help distinguish between containers tabs in the browser.

Admittedly the feature kind of overlaps with Firefox’s existing Profiles feature, but a key difference here is that your history, bookmarks, and your saved passwords are shared between containers, and you don’t need to switch to a separate window.

Think of it as the difference between living in two separate open-plan flats, and living in one flat that has walls.

As recently blogged by Mozilla’s Jonathan Kingston, and reported by Ghacks, you can now force a specific website to always open in a specific container.

So,  Amazon, eBay and Etsy to always open in a ‘Shopping’ container as you never use

This isn’t perfectly seamless; you’ll see a prompt asking you to confirm opening the link in the container you asked for.

You can try Firefox Containers for yourself by opting in Firefox Test Pilot, installing the add-on and then joining the Containers experiment, linked below: 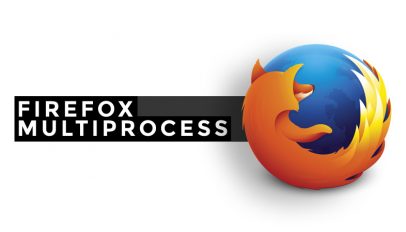 Enabling This Makes Firefox More Responsive On Ubuntu
Read Next