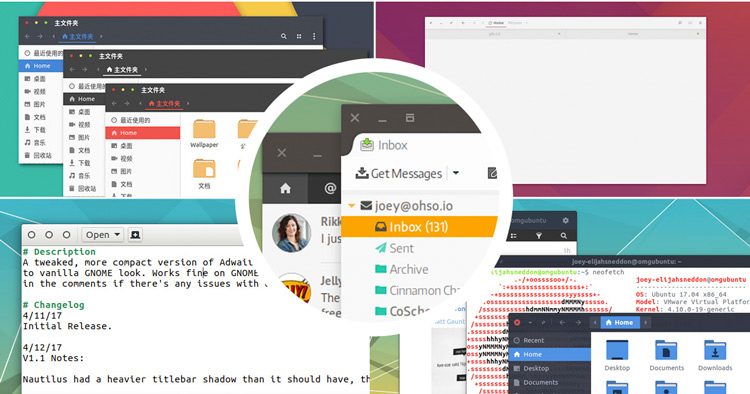 Do you want to install the latest bleeding edge versions of 24 popular GTK themes? If you do we’ve found a script that will help.

It;s called “Install GNOME Themes” and, as the name implies, it downloads the latest Git versions of over 20 popular GTK themes, builds ’em, and then installs them to your ~/.themes folder, ready for you to set Unity Tweak Tool or GNOME Tweak Tool.

Then, when you want to update the themes to their latest versions, you just the script again to fetch, build and install the latest changes.

The themes available include (yeah, I’m not even naming them all) a number that we’ve recently featured, like Arc, Numix, Plano and Vimix, and long-standing faves like Greybird, Vertex, and Breeze.

The script supports GNOME 3.18 through 3.24, though some themes only support specific versions as GNOME 3.20 made major changes to theming system.

Before you jump ahead to download and run the script be aware that this script will install a sack load of dependencies, build tools, fonts and the like — a nice round 108 packages on my Ubuntu 17.04 desktop, according to apt.

Why so many extras? Because this script does not download pre-packaged themes, like the ones you might find on GNOME-Look.org. Instead it is fetching the source code of of 24 themes, building them, and installing them. That requires a stack of development packages for theme engines and the like.

The script is somewhat smart; to avoid rebuilding a theme which was no changes it monitors a cache file in your  ~/.themes folder. You can delete this cache file to force rebuild all themes.

Also, if you already have versions of these themes already installed in they will be deleted — so please back up the ~/.themes folder first.

For more details on how to install, caveats to keep in mind and disclaimers you need to heed, head over to the Github page for the script by clicking the button below: