GNOME Web (aka the browser formerly known as Epiphany) is working to add Firefox Sync support.

Surprised? I’ll admit I was — just a little.

The feature was on course to be added to the (oft-overlooked) browser sooner, but GNOME’s Michael Catanzaro blogs to explain that it wasn’t ready in time to appear as part of the GNOME 3.24 release.

But don’t get overly excited about what it can do.

Despite the name, Firefox sync support in Epiphany/Web is unlikely to allow you to keep bookmarks, open-tabs and history in sync between Firefox and Web.

But the browser synchronization feature will allow you to keep your Web bookmarks, browsing history, and open tabs in check across devices.

“[Firefox Sync support] was developed by Gabriel Ivașcu during his Google Summer of Code project last year, and it’s working fairly well, but there are still a few problems,” he explains.

“First, our current Firefox Sync code is only able to sync bookmarks, but we really want it to sync much more before releasing the feature: history and open tabs at the least.”

But although the feature will use Mozilla’s Firefox Sync server, something made possible to their ‘quite liberal terms of service’, it won’t be compatible with Firefox itself.

“You can sync your Epiphany bookmarks between different Epiphany browser instances using your Firefox account, which is great, but we expect users will be quite confused that they do not sync with your Firefox bookmarks, which are stored separately.”

The feature will certainly require a bit of clever wording to set expectations accordingly.

Catanzaro says work ‘to address these issues’ is well underway as part of the Igalia Coding Experience program, and says he’s “hopeful that sync support will be ready for prime time in Epiphany 3.26.” 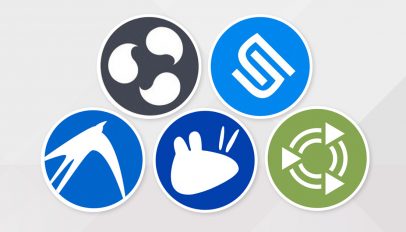