I’m late; I’ve only just come across the Gemini PDA crowdfunder on IndieGoGo, which launched at the start of this month.

And boy am I in love.

The Gemini PDA is part smart phone and part laptop, combined together in a 90s style clamshell that wouldn’t look out-of-place in an episode of Sex in the City.

It’s so delightfully 90s — and yet bang up to date.

But the best bit? The Gemini PDA runs Linux.

Gemini is the crowd-funding creation of UK-based company Planet, who teamed up with industrial designer Martin Riddiford, one of the designer behind the iconic Psion Revo and Psion series 5 PDAs from the 1990s, to create the device.

Essentially a tiny laptop with it a 5.7-inch display, a decent sized keyboard, and a powerful ARM CPU, the Gemini PDA hopes to offer the following specifications, in both Wi-Fi and Wi-Fi + 4G versions:

Decent specs in a unique looking device — there’s got to be a catch, right? 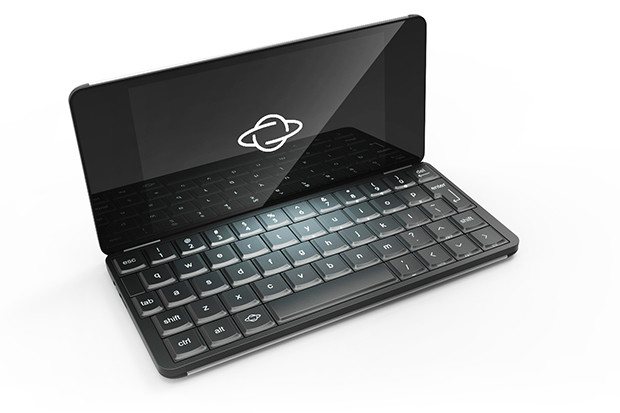 Well, like all crowd-funding devices there’s a chance that it might never actually get made. This is emphasised in an update to backers in which Planet emphasis that the device is still in the “concept phase” and pledges are “donations” not purchases.

But the Gemini PDA has raised 247% of its goal at the time of writing (nearly $500k) and there is just under two weeks left to run. Having already raised more than double its initial funding goal, this perhaps has a better chance of succeeding than others.

There’s also the question of how well Linux will run on the Helio X25.

It’s All About The Keyboard

The company behind the device talk up its credentials as a device well suited to bloggers, creatives and professionals who need a decent keyboard on the move.

“Since the introduction of touchscreen mobile phones and tablets, we felt that it is very difficult to type on these types of devices. On-screen keyboards often take up more than half the readable screen. We want to get back to typing on a fully tactile keyboard whilst being able to view the entire screen. All this on a device no larger than most modern mobile phones,” they explain on their campaign page.

One caveat (of sorts): this isn’t a pure Linux device. Well, I guess it is, in a way, but it’s an Android & Linux dual-boot. Or to be more precise an Android/Linux and GNU/Linux dual-boot. The exact makeup of the non-Android side is yet to be confirmed, but…

‘Like the GPD Pocket, there’s a real appetite for diminutive Linux based portables right now’

“we are actively discussing with several companies including Canonical (Ubuntu), Jolla (Sailfish OS), Mediatek and others on how we can achieve a truly open Linux environment. We further confirm that we are committed to having an open platform and that the operating system will be upgradeable in both OS cases, Android and Linux. This means you will be able to re-flash the OS,“ says the company behind the PDA in an update on its crowdfunding page.

As with the GPD Pocket’s phenomenal success, there really seems to be an appetite for diminutive Linux based portables right now. Ubuntu stumbled trying to pitch itself as a consumer smartphone OS, but I reckon it’s on devices like this, catering to more sophisticated user, that the distro may get a better reception.

Forget the aging Fairphone — this is the sort of device that should’ve been on the Ubuntu MWC stand. 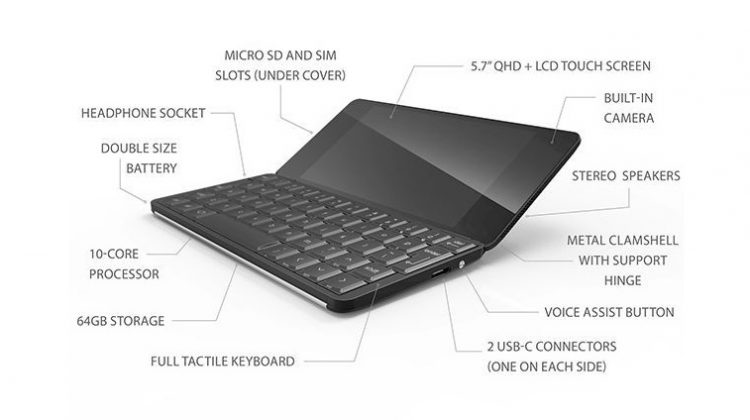 A niche device like this isn’t going to have a Walmart price tag. This Gemini PDA Wi-Fi/4G is expected to be retail at around $600.

The first units are tentatively targeted to ship to crowdfunding backers in November and December of this year. No word on availability beyond that, but considering the success thus far…

Personally, I’m really excited about this device — double so having since seen some of the hands-on pics from this year’s Mobile World Congress.

Do you like this device? Will you back it? Would you prefer it to be using an Intel CPU? Let us know your thoughts below! 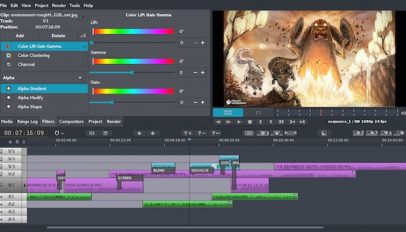