Firefox 52 began its roll out yesterday, bringing a bunch of small iterative improvements to the fore.

Among the most significant change in the release is the decision to disable support for all NPAPI plugins bar Adobe Flash by default.

This is a good move in the round as NPAPI is a terribly outdated technology (over 20 years old, in fact). Whatever bonuses these plugins, Flash, Silverlight and Java among them, offered have been long since outweighed by the inherent security flaws manipulated to malicious ends.

Google Chrome ditched NPAPI support back in 2014 (and the version of Flash that ships pre-bundled uses the newer PPAPI tech).

But it is in Firefox 52, with Mozilla’s first step towards total removal of the technology from its browser, that is likely to impact Linux users the most.

If there’s a particular NPAPI plugin that you rely on there is (for now) a way to override Firefox defaults and re-enable NPAPI support.

Reader Grof has all the details.

“This is important, because some websites are still using Java plug-ins, like for example our government site for signing documents. You can’t work with government if no Java plugin is present,” he explains.

“But there is a way to enable Java, Silverlight etc NPAPI plugins in Firefox 52 using an about:config setting. Add new Boolean string "plugin.load_flash_only" and set it to false. Then restart the browser.”

That’s it; assuming your NPAPI plugins are installed correctly they should work as before.

In Firefox 53, Mozilla will remove this workaround. Consider this a short-term, stop gap solution. If you think you’ll need a little longer to transition away from such plugins you should download Firefox ESR (Extended Support Release), where NPAPI plugins will continue to work for another year.

How To Firefox java 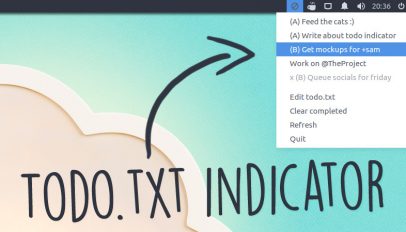 Todo.txt Indicator for Ubuntu Helps You Get Stuff Done
Read Next