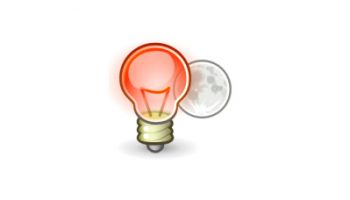 It’s accepted internet lore (and legit science) that the blue light emitted by bright screens, like the one you’re staring at right now, has an affect on our sleep patterns.

Many of us use a blue light filter to lower the amount of blue light we’re exposed to increase out ability to fall asleep quickly.

The use of apps to limit blue light is backed by real, actual hard science. See, the blue light from our screens fools our brains in to thinking that it’s still day time, which in turns affects our circadian rhythm (aka our internal clock/biological clock), which in turn impacts on our energy.

Some studies show that melatonin production (a hormone that regulates sleep and wakefulness) is adversely affected by prolonged exposure to blue light.

Staring at bright flickering screens isn’t exactly fantastic news for the health of our eyes, either.

Thankfully there are blue light filter apps out there that can help — including one that ships by default in GNOME 3.24. 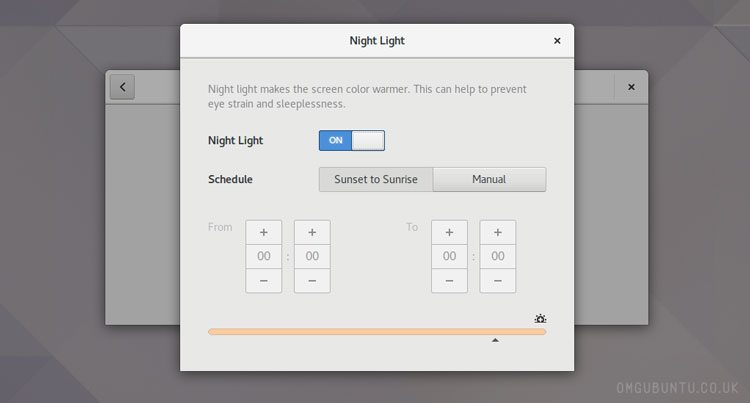 ‘A Blue light filter is built into the GNOME 3.24 desktop, negating the need for a separate ap’

Windows 10 Creators Update, Apple’s iOS, and Google’s Android all include features to automatically reduce the amount of blue light emitted by laptop displays, PC monitors and phone screens during certain times of the day.

And I’m stoked to say that the free software desktop is not lagging behind, either.

For years many of us have relied on third-party apps like RedShift, F.lux and similar. In GNOME 3.24 open-source devs are going one better: a blue light filter is built into the GNOME desktop.
This new feature is called Night Light.

GNOME’s “blue light reduction” works to automatically reduce the color temperature in the evenings as the sun sets, and increase it again in the daytime when the sun rises. This in line with what our eyes, brains and bodies were developed to expect.

You can, should you wish, create a manual schedule so that the feature only kicks in when you want it to.

Perhaps most interestingly, this is the first Redshift-style feature compatible with Wayland.

Other than that there is little else to say about the GNOME natural lighting implementation other than, when enabled, it works exactly as one expects. It turns the screen a warm, sepia-colour in the evenings, and ramps up the kelvin scale to emit a light, bright crisp ambience during the day.

Night Light is only available in GNOME 3.24 and up and (currently) only works on the GNOME Shell desktop (it may work on the flashback session, but I haven’t tried).

When GNOME Night Light is active the GNOME System Menu adds a presence menu with quick options to turn it off, ‘disable until tomorrow’, or open the Display panel.

Will you be using this feature in GNOME? Would you like to see a similar feature built in to other open-source desktop environments like Unity or MATE? Share your thoughts in the space below.