A new version of the cross-platform customisable Atom text editor has been released.

Atom 1.13 ships with a number of key improvements and new features, including a new benchmarking tool, the ability to quickly reopen projects, and a keystroke resolver API.

Improving things visually is an enhanced set of ‘Octicons‘, These are Github’s custom set of icons used throughout the app (and Github has a whole). Alongside ‘improvements to line-weight and sizing normalization’ (end result: crisper looking icons) are 20 new Octicons, including glyphs for Gists, verified, reply, and many, many more.

The new Reopen Project menu item, palette command, and API allows developers to pick back up where they left off.

Other changes include general performance tweaks, bug fixes and code cleanups. You can also reorder project folders using drag and drop and, should you want one, enable a full-width status bar option 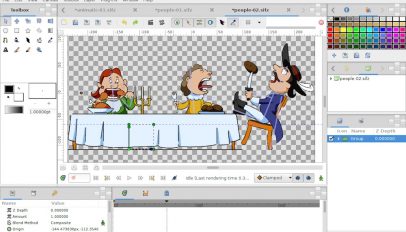