Say hello to the latest member of the official Ubuntu family: Ubuntu Budgie.

The Budgie desktop makes use of modern GNOME technologies but is not a GNOME fork. It is primarily developed by the Solus project, who use Budgie in Solus OS., but who say they strive to ensure the desktop remains ‘agnostic’ and not reliant on any specific Linux distribution.

Ubuntu Budgie is first spin to gain official flavour status since Ubuntu MATE, way back in 2015. The Ubuntu Technical Board granted the distribution its new status following a vote on November 8.

All flavors of Ubuntu, regardless of their desktop environment, have access to the same set of apps, libraries and packages through the Ubuntu archives.

Ubuntu Budgie joins the likes of Xubuntu, Kubuntu and Ubuntu GNOME as a recognised community flavour.

Gaining “official” flavor status brings with it a number of benefits.

Future downloads can be hosted on the main Ubuntu image server rather than on an external website.

The Ubuntu Budgie team also gain access to Canonical’s huge infrastructure for automated building, testing and distributing, including the creation of live daily images, and so forth.

The Ubuntu Budgie community will be able to make use of the ‘official’ Ubuntu resources, like the Ubuntu forums, Ubuntu wiki and Launchpad.

A stack of marketing, media coverage and more community opportunities also open up.

To successfully reach release Ubuntu Budgie 17.04 there is much to be done.

But the team, made up of developers and open-source enthusiasts from around the world say they’re prepared for the challenges ahead.

“The whole team is massively excited but realistic – everyone realises what is required to make it to 17.04,” Ubuntu Budgie project lead David Mohammed told us via e-mail.

“We now move full steam ahead and look forward to working with the Ubuntu Developer Membership Board to examine and work through the technical aspects. Working together will allow us to be adhere to community standards that other flavors follow.”

Ubuntu Budgie 17.04 will be the first official release of the flavour. It’s expected to be released in April, 2017. 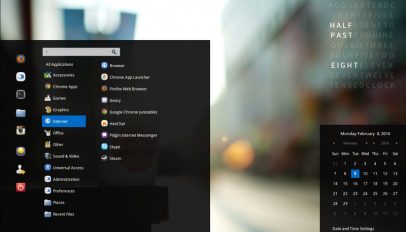 Here’s How You Can Install Cinnamon 3.2 on Ubuntu, Right Now
Read Next