A redditor has compared Distrowatch popularity rankings from 2006 to 2016 (or, more accurately, the last twelve months).

And it makes for an interesting comparison, touching on some general trends in Linux, though is, I guess, apropos of nothing.

Seeing names like Mepis, Mandriva and Puppy Linux whisks me back to when I made my own formative foray in to  the world of free and open-source software.

For all the successes of Linux distros like Linux Mint, Mageia and Arch come drops for FOSS stalwarts like Gentoo, Knoppix and Slackware.

Distrowatch rankings are not, as I’m sure you know, quantitative of a Linux distribution’s actual installation base.

Instead, the Distrowatch chart is based the number of clicks (“hits per day”) that each distro page receives on the Distrowatch website, Keep in mind that most folks who download Ubuntu will do so from the official website, and thus not be counted.

And keep in mind that some Linux distributions bundle a browser bookmark to their Distrowatch page by default, which possibly “games” the rankings somewhat.

Specific Linux OS shares tracked by Wikimedia show Ubuntu is the most widely used Linux distribution — and by clear margin. Fedora comes in second place, and mint in third (which, despite differing positions, is consistent with the top 3 on Distrowatch, fwiw).

Have you distro hopped over the years? Do the rankings above seem about right to you? Share your opinions in the original Reddit thread or in the comments section below. 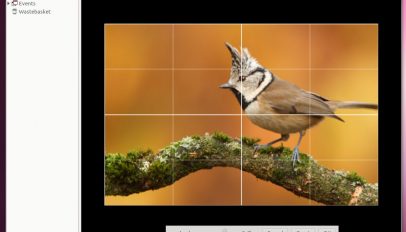