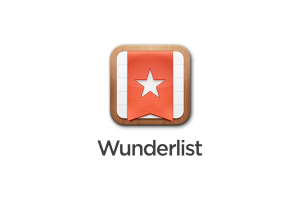 Missing Wunderlist on Linux? You don’t need to thanks to Wunderlistux, an Electron-based desktop app.

It doesn’t claim to be anything more than a wrapper around the official Wunderlist web app (which, yes, you could just open in a new browser tab).

Some people like their web apps to be more…app-y. Electron, especially when developers leverage the native system integration it offers, is a great framework for doing creating desktop apps that act like, well, desktop apps!

You can download Wunderlistux from GitHub. Keep in mind that it’s “designed for the elementary OS desktop” rather than Linux distributions in general, so be aware that the app might look out of place on your GNOME, Unity, Cinnamon or MATE desktop, regardless of which theme you’re using. 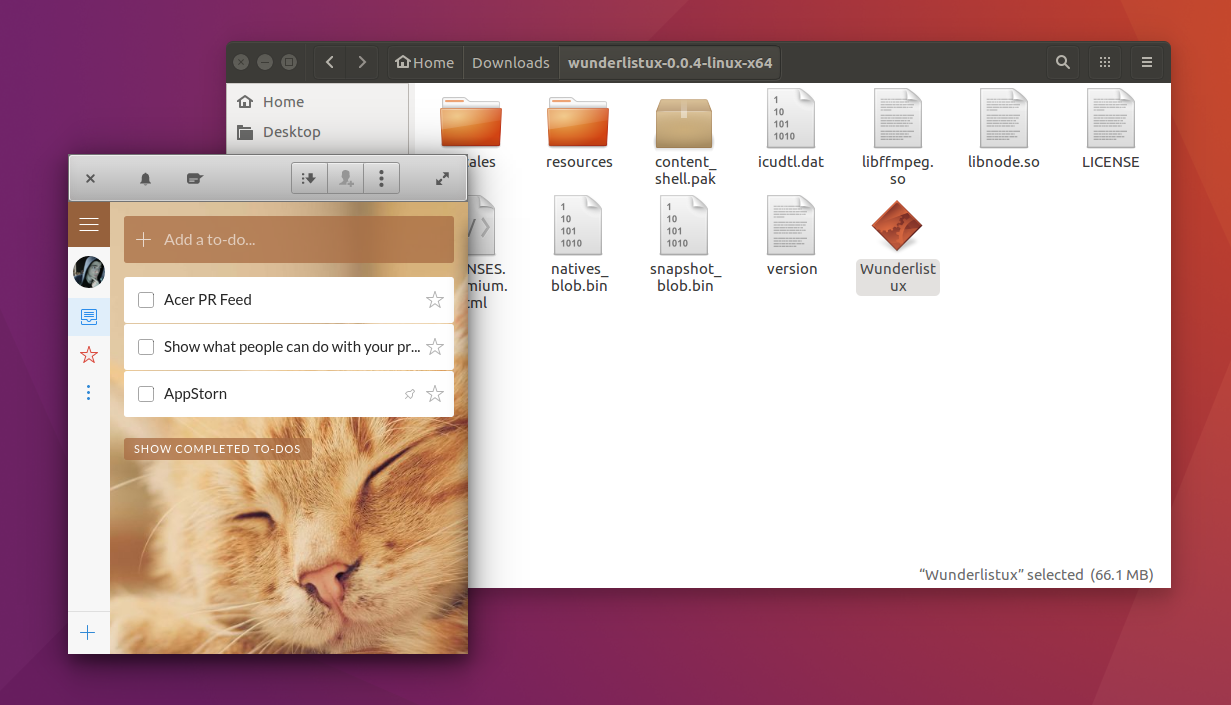 The app uses CSS and HTML5 to “style” the Wunderlist web app header so that it looks like a header bar themed by the elementary (sic) GTK theme.

Since this article was written the application has been updated with support for Ambiance, Arc, and Adwaita themes.

The wrapper, as the app, is fully responsive, so if you don’t like the default portrait mode you can expand it to something wider and more workable: 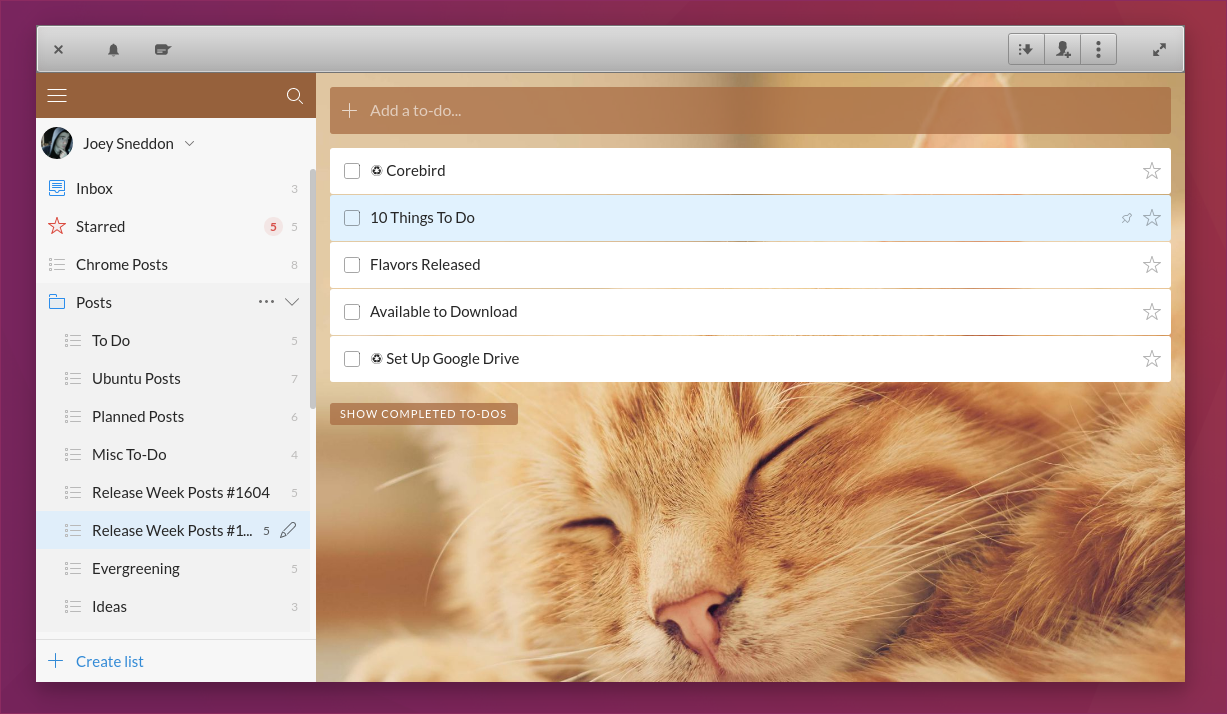 Here’s where I started to notice that some things don’t work as intended. If I open the Wunderlist web app in Firefox and Google Chrome I can drag and drop to-dos to reorder them or drag them into a sidebar folder.

This doesn’t seem to work in Wunderlistux. You can drag and drop a task…but it doesn’t actually move anywhere.

Edit: This issue has since been fixed.

Wunderlistux is not totally straightforward to install.

Elementary OS doesn’t allow you to install software distributed outside of their bespoke app store, not without turning to the command-line, which is perhaps why Wunderlistux lacks a traditional app installer and isn’t distributed through a PPA.

Instead, you’ll need to run it from its source folder. This isn’t the major label faff that it sounds: just download, extract and run.

If you want to create an application shortcut for Wunderlistux you can. Just create a new blank text file in ~/.local/share/applications and name it wunderlistux.desktop. Finally, open it in Gedit (or any other text editor of choice) and paste the following, being sure to edit the exec and icon paths to match its location on your system.

Is a GUI too new-school for you? You can also use Wunderlist from the command line. 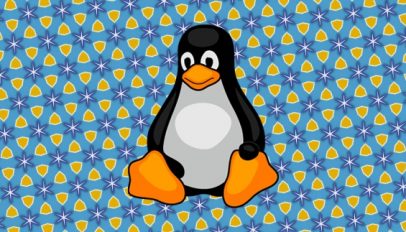 “Why Use Linux?” Answered In 3 Short Words
Read Next