ZTE will announce the Phase 1 winners of its crowd-sourced CSX smartphone tomorrow — but you shouldn’t expect to see Ubuntu among the concepts selected to move forward.

In a post ahead of the reveal, ZTE say that although an Ubuntu-powered device garnered the largest number of votes the CSX voting panel “determined that Ubuntu could be placed into an existing phone from ZTE, such as the ZTE Axon“.

ZTE: ‘Ubuntu will be considered in a future project’

The tl;dr is that the ZTE CSX device won’t run Ubuntu touch.

But there is a positive in all this for Ubuntu Phone fans. ZTE say ‘Ubuntu was seriously considered’ and that it might use the OS in a future project.

“We determined that we would keep a potential Ubuntu project separate from CSX, as we are trying to crowdsource the next great mobile device. This does not limit the potential for ZTE to build Ubuntu into one of our phones. We have listened to this community and it will be considered in a future project.”

“We will also be studying and monitoring the progress of Ubuntu and we welcome any updates from all of you to keep us educated on such progress.”

Phase 2 Goes On Without Ubuntu

Phase 2 of the ZTE CX project kicks off tomorrow, and invites users to “submit refined product concepts” based on the three Phase 1 winners.

Entrants also need to answer questions about the product design, highlight any manufacturing considerations, detail the operating system and/or user interface, and mention any aesthetic options, like multiple colours, swappable cases, and the like.

Five products will be selected from this round and put to public vote. ZTE is pledging to manufacture the winning design and take the winning participant (plus a guest) to CES 2017 in Las Vegas.

Thanks to Xiaodong Qi 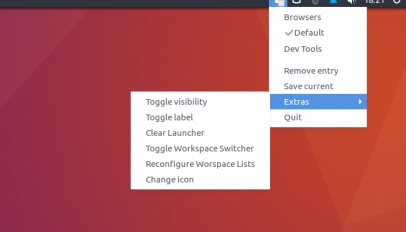