This week a horde of angry, pitchfork-waving readers descended upon the e-mail inbox of both OMG! sites, demanding to know why we weren’t writing about the “shocking evil” Google is waging against the open-source community.

Firstly, Saturday is my (one) day off every week. It has been for the entire seven and a half years I’ve been doing this site (excusing the odd week here and there).

Secondly — I apologise if this debunks the theory that I get paid by Google/Canonical/Red Hat/Microsoft to not write about certain things —  I didn’t know this “controversy” (or ‘non-troversy’, as you’ll learn) until I opened the rage-filled e-mails that were waiting in my inbox.

Let’s back up and take it from the top.

The story starts with ‘PCMaster160’, a Linux desktop user who discovered he was no longer able to cast browser and tab contents from his Chromium browser to his Chromecast-equipped TV as of a recent update.

Explaining the situation in a post on the official Google Product Forums, PCMaster160 writes:

“Before [Google] cast became natively built into Chrome I was using the cast beta extension. Since then that has been turned into an extension which does nothing, the Google Cast extension casts a black screen for 5 seconds before displaying on the chromecast “Cast connection stopped” and installing Google Chrome then opening Chromium (with media router flag enabled or set to default) doesn’t find any devices.”

The controversy kicks into gear when a Google Product Expert — not a Google Employee but a volunteer who is rewarded by Google for being super helpful in the forum — named Christina replies to his issue to say these words (emphasis ours):

“At this time, Chromium is not supported for use with Google Cast. I suggest using the official Chrome browser instead. Please note that experiences may vary with Linux based desktops as well.”

If accurate that would, indeed, be a pretty controversial move. There’s zero reason why Chromium can’t support Google Cast technology, be it natively or through an optional add-on. The entire Chromium browser is super Linux-friendly, and there’s an entire Linux-based distribution (Chrome OS) built upon it.

The internet duly, albeit pre-emptively, goes bananas over the news:

Bystanders who stumble across the news are quick to assimilate their opinion with the collective anger, disappointment, and UNBRIDLED CAPS LOCK OUTRAGE!!!! being issued in response:

But is this outpouring of outrage entirely reasonable? Has Google actually done a “shocking evil” here? Or are people taking an innocuous issues and using it to feed their own predisposed bias?

The answer (spoiler: it’s the latter) can be found in the Chromium codebase. There a small, innocuously worded commit reveals that the sudden lack of Chromecast support in Chromium on Linux was not down to Google’s adoption of Microsoft’s 1990’s ‘Embrace, Extend, Extinguish’ campaign, nor was the feature yanked out of spite for open-source compatriots.

No, Chromium’s Chromecast capabilities were broken because of a simple bug, a bug now fixed in the latest upstream builds and shortly set to filter its way down to stable builds. 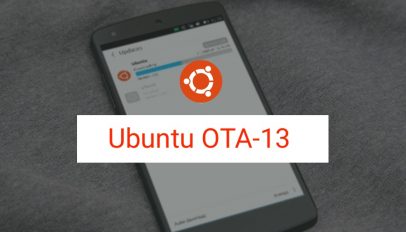