There are more than 1.5 million broadcast on Twitch each month with an estimated 100 million people tuning in.

Big stats, but with so much activity, so many streams, and so many enviably awesome gamers showcasing their skill it can be hard to keep track of who’s online and when.

Many channels and hosts don’t stick to a preset schedule, preferring to go live when the mood takes them. Mixed in with different time zones, commitments and habits, it’s all too easy to miss your fave streamer while they’re live.

And if they’re like Darbain, who can set new world records as he plays, you may really want to be there as stuff happens.

We wrote about the (awesome) GNOME Twitch desktop app last week. But not all of you want to use a desktop app to watch your favourite Twitch TV stars.

So, here are some terrific Twitch notification apps, including a nifty GNOME extension and an indicator applet that supports Unity.  All of the apps featured aim to give you notification when streaming is live.

Twitch Live Panel is a GNOME extension that notifies you when your favourite Twitch stars are broadcasting live.

The panel item itself shows or cycles through the account name(s) of those broadcasting. If you find transient names a bit too flashy you can, through the ‘Settings‘ window, opt to see a badge count instead.

Clicking on the name of a streamer will launch their latest broadcast in a browser or trigger a custom command (should you set one).

It’s a slight shame that there’s no way to launch the channel in GNOME Twitch (an issue with the app rather than this extension) but for those of you who prefer the web browser, a different app, or use the CLI live streamer utility, it’s ideally suited.

Twitch Indicator for Ubuntu (and other app-indicator supporting desktops) is less accomplished than the GNOME counterpart, but is still every bit as useful.

The applet settings allow you to manually enter your account name to be alerted when those channels you’re following flip online.

The channel status is checked every 30 seconds (there’s no ‘check now’ option to force check).

Besides notifications, which can be turned on through the ‘Preference ‘ (sic) window, the app also lets you specify whether clicking the name of a channel opens the stream in the browser or, if installed, using livestreamer.

You can grab a Twitch Indicator installer packaged for Ubuntu 14.04 LTS below. It will installed without issue on newer versions of Ubuntu. I tested it on Ubuntu 16.04 LTS. 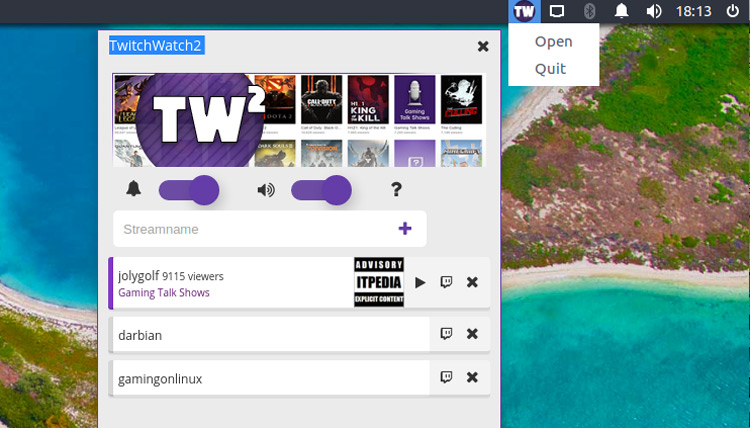 TwitchWatch2 is a cross-platform desktop app that can notify you when the twitch accounts you add to the list start streaming.

It features streamer status, offers native desktop notifications, and lets you open streams in your browser or, if installed, with livestreamer.

Conky Twitch is a small (pre-lua) Conky script for monitoring your favourite channels and is made by the same developer as the Twitch Indicator applet.

You can also find a multitude of Chrome Extensions and Firefox Add-ons which serve a similar purpose — just be wary of adding ones that require access to ALL websites and/or your browsing history. Opt for those that limit their access to the sites in question.

Do you know of/have made a Twitch notifier app, indicator or script for Linux? Let us know about it (or anything else cool that you’ve made) by using our Tip Form. 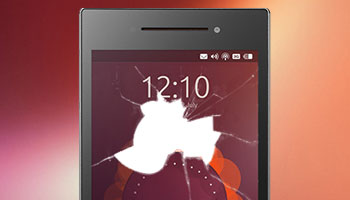