The Unity desktop is a Compiz plugin, and if you know anything about Compiz it’s that it can be a little heavy on the ol’ system resources.

If any of you have run Ubuntu 16.04 LTS in a virtual machine or on a PC that lacks the graphical grunt to power it proficiently you’ll appreciate just how “heavy” it can feel.

But big improvements are coming.

The latest pending updates to Compiz, set to land on Ubuntu 16.04 LTS in the coming days, forgo the fancier animated flourishes that so strain the software rendering side of things, slowing everything down.

Instead, on login, Unity will use opaque views in the Dash, app switcher, Unity Launcher and shortcut dialogues. It will disable fading and animated effects. And window shadows will be less prominent.

These changes will all go some way to improving the performance of both Compiz and Unity in the “lowgfx” profile. And on low-end devices that struggle to run the Unity desktop at a decent clip the new profile settings should deliver some appreciable improvements.

Will the benefits be enough to tempt back users from other low-gfx solutions like LXDE or MATE? That remains to be seen.

But these changes show that Ubuntu developers have decided that low-end performance is now more important than bling. 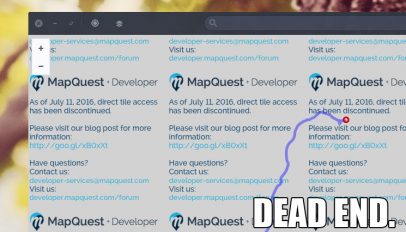 GNOME Maps Hits A Dead End, Can No Longer Display Maps
Read Next