If you use an Ubuntu Phone: it just got a bit harder to keep in touch with your Facebook buddies.

The social network giant is blocking access to the messages section of its web app, and is shepherding mobile web users to install its native Messenger app.

The only problem is: there isn’t one for Ubuntu Phone.

The following e-mail, sent by Gareth France to the Ubuntu Phone mailing list, sums up the feeling about the situation well:

“I just wanted to say thanks to the Facebook team for breaking the website for me. Where is the logic behind removing the ability to message people for anyone who doesn’t have an apple or android device? Oh and the message asking me to download the app is just pouring salt into the wound by the way!”

Go to the ‘messages’ section of the Facebook web app on Ubuntu Phone (or to the website through the Ubuntu browser app) and you’ll be greeted by the screen you can see to the right of this post.

Though inconvenient, I thought I could I’d simply be able to load the official Facebook Messenger website in the Ubuntu mobile browser to get chatting.

Except that also says no (with the default mobile user-agent string),

I know that many in the open-source community will hear this news and shrug their shoulders. “So what?”, they’ll say, and view the rebuff from the world’s largest social network as some sort of badge of honour.

Facebook is social glue that binds a lot of us together. Yes, the glue stinks, and yes it’s probably toxic to us. But to hand wave away the rescinding of official support away as though it’s an irrelevance misses the point of why people want to use.

I’m certainly not saying everybody should use Facebook. I appreciate that it’s not everyone’s cup of tea, be that ‘cos of its ubiquitousness, its (regularly) infantile users, or its data collating tentacles.

But a smart phone is a communication device. It’s for talking to people on. A few years ago that means SMS and phone calls. Today it includes social networks, ephemeral chat apps, and reliable, cross-platform technologies.

A chat app can have 100 million users, but if I don’t know a single person who uses it it’s not a viable “alternative”.

Facebook weaves a complex social fabric around us. It lets us keep  n touch with people on the peripheries of our lives as much as though front and centre. I don’t chat to all my old university buddies often, but because they’re on Facebook I know that I can, at any moment.

Or could. I can’t do that officially on an Ubuntu Phone.

And let me underline this in biro: this isn’t just “oh noes i can’t use stickers to chat” – this is: “I can’t read, send or reply to any of my messages on my $500 phone”.

TechCrunch’s Devin Coldewey sums up the anxiety of this move:

“I’m a little worried about this, because surely the mobile site is much used by people who have good reason not to download the app. People whose phones don’t have official clients, for instance, or who can’t upgrade to the latest version of an OS, and must access via the web.”

For the User’s Benefit?

You could load up the messenger.com website, of course. But even that harangues you about downloading the Messenger app for iOS, Windows Phone and Android.

Facebook, naturally, say the palaver is to “bring the best experiences we can to the 900 million people on Messenger”, and adds that “…using the Messenger app is faster and enables richer interactions” than the web version.

I’ve no doubt that Facebook is doing this with good intentions (no company, however large, goes out of its way solely to spite its users).

But making people jump through hoops to use a feature that is intrinsic to your service is a duff move.

But (for now at least) this is yet another big-name service that Ubuntu Phone doesn’t have, that Windows Phone, Android, iOS and even Tizen does.

The desktop browser version of Messenger still work (though with a native Messenger app for Windows 10 and a native macOS app in development it remains to be seen how long this will last).

As we saw with the recent Instagram scope derailment — building a user experience on third-party APIs is …well it’s a bit like building on a rug that can be pulled out from under you at any time.

I fully expect our community to rally around to create/hack a workaround. Will it be seamless? Probably not. Will it come at the cost of some of Messenger’s next-gen features like Bots and AI? Certainly. Will it probably be some sort of wrapper for the desktop version of Messenger? Oh look, it already is.

But with almost a billion users it’s going to be hard to ignore the lack of official Messenger on Ubuntu Phone.

The company’s launch of the ‘Business On Messenger’ platform, and the arrival of bots, do mean it’s understandable, perhaps even necessary, for Facebook to have far more control over the messaging experience from a security, privacy and performance level.

But would keeping a simple official text chat API online for other platforms be so hard?

I’ll pass you back to Devin to close out this article with a plea:

“By all means, advertise Messenger on top of the message feed, or point out that some content will be missing. Messenger is more full-featured! You can do video, and stickers! Look, chatbots! But the decision to switch should be the user’s. By removing that agency, Facebook erodes a trust it should be tending to carefully.” 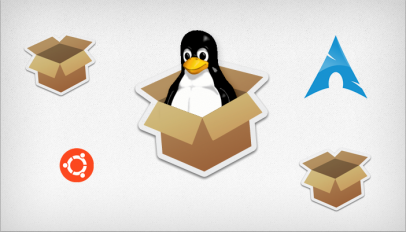