We’ve been passed a photo that purports to show the ‘mystery’ new Ubuntu Phone we reported on yesterday.

Our tipster didn’t have much to say about the image other than it originates from an ‘Ubuntu phone community developer’.

We’re not entirely sure what to make of it — scroll down to see why — and the dearth of info to accompany it makes it hard to verify what it might be from.

But there are a few things we can glean from it, so speculation hats at the ready, folks.

Updated with a second, clearer image.

The image you can see below is what was passed to us. And it does, clearly, show an Ubuntu device of some sort running a converged Unity 8 desktop experience on an external monitor. 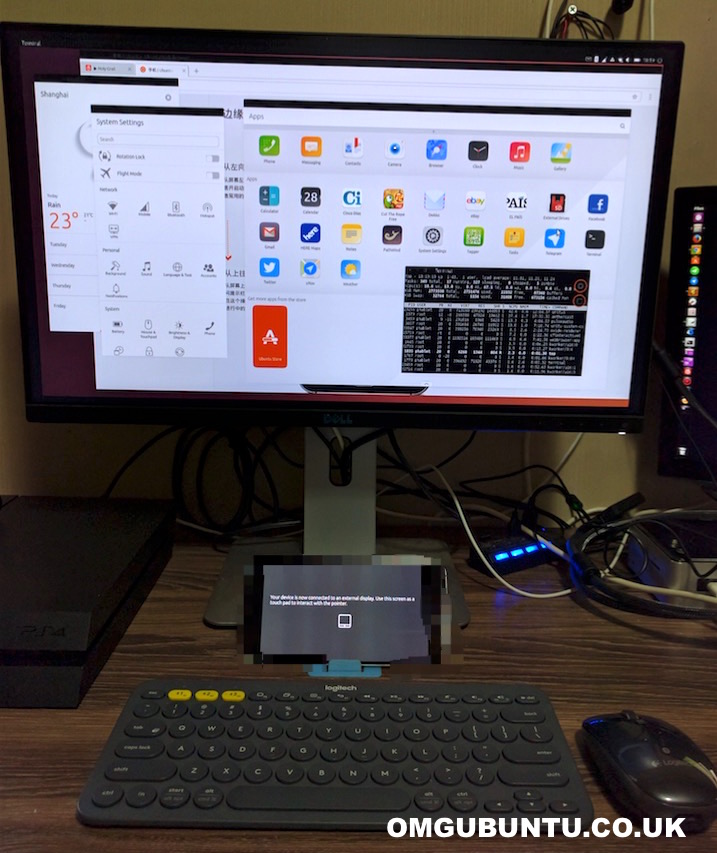 As you’ll notice, the handset has been pixelated out. Why? I’ve no idea; perhaps it’s to amp up the intrigue?

Either way the distortion is a) annoying and b) makes it much harder to attempt to gauge anything important about the device. Is it one that’s already on the market? What sort of physical features does it have? Etc.

We can see a handset — phablet or mobile, rather than tablet — driving an external display, presumably via the Aethercast wireless display support that debuted in OTA-11 for the Meizu PRO 5 as no connected cables are visible. The phone or phablet screen doubles up as a touchpad/trackpad in this converged mode, so we can definitely say the screen is running off of the handset.

A second, clearer image of the mystery new device has been shared by Twitter user @xstex, who cites his source as saying the phone is by Meizu and is expected in mid-July.

This image shows the handset unobscured. 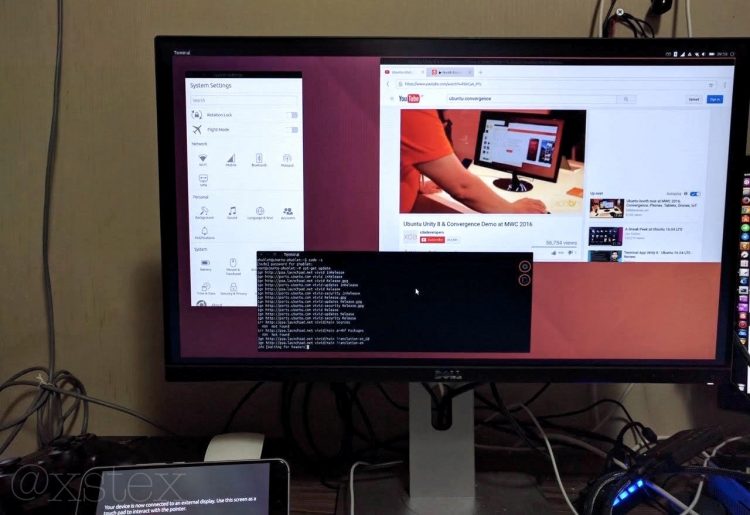 If you look closely at the converged Unity 8 desktops you can see the Ubuntu Weather app running. This shows that whosever desk it is, they are in Shanghai, home to one of Canonical’s two China offices.

We can also take a haphazard guess as to its possible proportions. The Logitech K380 bluetooth keyboard that the phone sits behind is roughly around 11-inches long. Allowing for perspective I quickly guesstimate that phone is larger than the 5-inch mark.

From what we’ve been able to gather from the scant details available ‘Midori’ and/or a related device called ‘Gatchan’ use an Android 6.0 BSP. This would rule out Meizu’s Android 5.x Lollipop devices, like the Meizu Note 3.

Big thanks to Liam Z.