The latest release of GNOME Web — also known as ‘Epiphany’ — enables system web apps to run on desktops other than GNOME.

The hope is that by widening access to Web’s web-app features it can attract developers who might otherwise build and package their apps using the Chromium-based Electron.

“Expect system web apps to pass the desktop file path via the command line using the existing –application-mode flag, rather than requiring that Epiphany be started via Gio.

This allows Epiphany to compete with Electron as a choice for running web apps that work outside GNOME.

It also breaks any existing system web apps, but that’s probably fine as this feature is new in 3.20 and I’m not aware of anybody using it yet.”

GNOME devs say they ‘might change this “API” prior to the 3.22 release’ as it’s ‘not very good’, so if you were planning on taking advantage of it to build your own personal Messenger, WhatsApp or Telegram client, you may want to keep tabs on upstream developments.

For now, assuming you’re running the latest upstream version of Web (and if you’re unsure whether you are the answer is “you’re obviously not”) you can edit your desktop file to skip GIO, copied over from the Bugzilla ticket:

Here’s an example Exec line you can use, for a desktop file named “fedora-developer-portal.desktop”:

The argument to –application-mode just has to match the name of the desktop file.

Other changes to feature in the Epiphany 3.21.3 snapshot (and likely to appear in GNOME Web 3.22 later this year) include: 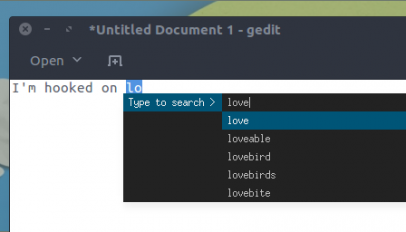 TextSuggest Is an Autocomplete Tool for Linux Desktops
Read Next