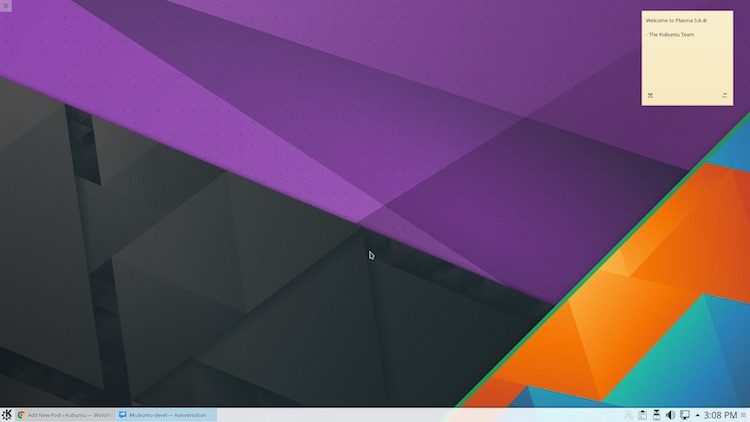 At the time of writing the repo contains the very latest bug-fix release, Plasma 5.6.4, which serves as the fourth point release since the formal stable release of Plasma 5.6 back in March.

Plasma 5.6.4 adds a fresh round of fixes and improvements to the maturing Plasma 5 desktop experience, including a bug fix for the digital clock applet.

For a brief overview of all that’s new in the 5.6.x series take a looksie at the official launch video:

The Kubuntu backports PPA is the official way to install the latest Plasma desktop on Kubuntu 16.04 LTS, as well as newer versions of the KDE Applications and KDE frameworks.

To add the backports PPA — and although official you use it at your own risk — open a new Konsole/Terminal window and run the following two commands:

That’s it; logout/reboot as necessary and enjoy your updated Kubuntu desktop.

Home » How To » How To Install the Latest Plasma Desktop on Kubuntu 16.04

OstroLk So, you'd be going to every folder, sub-folder to find…
How To Get Nautilus ‘Type Ahead Search’ Back in Ubuntu 18.04 LTS

OstroLk Your problem of "hitting the Enter before..." is not fault…
How To Get Nautilus ‘Type Ahead Search’ Back in Ubuntu 18.04 LTS

Friar Tux Not for me. I find this app/program the most non-intuitive…
GIMP 2.99.8 Released with Clone Tool Tweaks, Support for Windows Ink

naryan “The word ‘jammy’ is used informally in the UK to…
The Ubuntu 22.04 LTS Codename is a Jolly Good Choice