You, my friend, are far from alone.

A huge number of you have pinged us about a big ol’ bug in the Xenial Xerus’ new Software app. A bug that leaves you unable to install popular apps like Steam, Google Chrome, and Nylas N1, using .deb files.

Double-clicking on a .deb installer opens the Software app as expected, but clicking the ‘install’ button does nothing.

A bug report has been lodged for the issue (link at the bottom) and explains that the issue: “…only seems to happen with third-party packages; installing a random deb from packages.ubuntu.com/xenial worked.”.

Richard, one of the (awesome) folks who gave us a heads-up about the bug, isn’t impressed though, telling us that he thinks: “it’s pretty sad that this happened for an LTS release, there are tons of users complaining about it.”

A Fix For Sideloading .Deb Files Is Coming

The good news is that a fix for this annoying issue is, mercifully, on the way. A patched version of the gnome-software app should arrive through the usual Ubuntu update channels in the next few days.

It fixes side loading of local .debs and several other known issues:

That last one is exciting, huh?

Workaround in the meantime

If you want/need to install third-party apps using .deb files right now there are workarounds while we wait for the fix. You can use a GUI app like Gdebi or the old Ubuntu Software Center (if you still have it).

You can also flex your fingers at the command line to install apps using the trusty dpkg command.

Say, for example, that you downloaded a .deb to your Downloads folder. To install it you would open a new Terminal session and type:

You can keep an eye on the following bug to track the progress of the resolution (but resist the urge to comment with ‘me too’). 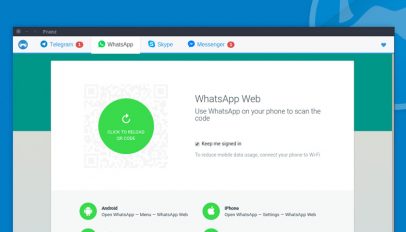 Franz Brings WhatsApp, Telegram and 12 Other Messaging Apps to Ubuntu
Read Next