I am a big user of Pocket, the (awesome) read it later service.

So I was stoked to learn that it’s now possible to read my latest must-reads offline on Ubuntu Phone.

The latest update to PockIt finally adds the feature I longed for: the ability to cache and read articles offline. This feature was sorely missed in earlier versions of the app.

But there’s also a slight drawback to this feature (for now): the app will download every single article stored in your Pocket account immediately after you log in.

That’s not going an issue if you have a modest selection of saved articles, but for me, with more than 250+ articles stashed in my account, the initial sync task took forever to complete — well over an hour!

Now, admittedly, this isn’t entirely the fault of the app. PockIt, like most third-party apps, is hampered by Ubuntu’s application lifecycle policy which prevents apps from running in the background.

Each time I switched to read a new e-mail, reply to a tweet or the phone screen turned itself off the PockIt app would be force-stopped, and the sync process brought to a stand-still.

A better first-run solution aside (fetching the most recent ten, and offering an option to ‘download all’ in the settings, would perhaps solve the run-in sync issue) the app is otherwise fantastic.

PockIt works much better as an app than a Scope (though a Scope that lets you browse items, with tags as departments, that then hands off to PockIt could be interesting).

Other features of Pockit:

The app does not currently integrate with Ubuntu Online Accounts so you will need to login through an in-app login screen.

There’s no way to verify that it’s actually Pocket you’re logging into so if you’re super security conscious you may prefer to create a burner account.

Quick Tip: How To Add Items To Pocket in PockIt

To add a new article to Pocket using PockIt is easy: just share the URL from another app, and select PockIt.  E.g.,: in the Web Browser tap the Share icon > PockIt.

This application is powered by Pocket but is not officially provided by Pocket. It’s a free, open-source app and can be installed from the Ubuntu Store on Ubuntu phones and tablets. 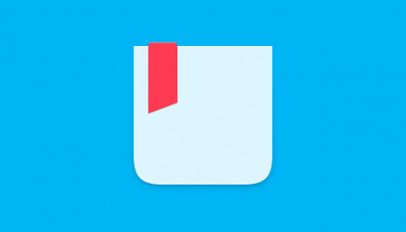 A must-have for accessing your must-reads on the move

Fredrik I prefer fantasma theme, or shade-z dark glass.
How I Enabled a Cool Transparent Blur Effect on Ubuntu 21.10

Fredrik Are you sure you didn't accidentally install gnome-terminal instead of…
How I Enabled a Cool Transparent Blur Effect on Ubuntu 21.10

Fredrik Well the extensions gets updated fast after a new gnome…
How I Enabled a Cool Transparent Blur Effect on Ubuntu 21.10