Google announced plans to discontinue 32-bit Google Chrome for Linux this March, and, bang on cue, it has.

The search engine has pulled 32-bit Chrome builds from the official Chrome repo, which gets added to Ubuntu Software Sources when the app is first installed.

Some 64-bit Ubuntu systems caught in the cross-hairs of the deprecation are now throwing a small, yet very annoying, error when performing an apt update.

The ‘failed to fetch error that appears in the Terminal says:

Alternatively you may see:

If you do see one of these two errors do not panic. It is easy to fix the ‘failed to fetch’ error and the ‘skipping acquire’ issue. All it requires is 30 seconds and a few simple characters…

The tip comes to us by way of OMG! Ubuntu! reader Santiago Batista, who explains the situation in his e-mail to us:

“Since Google dropped support for 32-bit Chrome on Linux an error occurs when updating apt in 64-bit systems (with multi arch enabled).

“The solution,” he says, ”is to modify the sources.list file for Chrome.”

But how do you do that?

We can edit the sources.list in a number of different ways. Some of these take place at the command line, others through a GUI.

You may have your own preferred method, but for this walk-through I will use Gedit.

1. Open a new Terminal window and run the following command (assuming you’re on the Stable Channel, if not, see the featured comment):

2. In the text file that opens edit the file so that the line reads:

The only addition you need to make is entering the [amd64] architecture after ‘deb’ but preceding the ‘http’. Do not edit or replace any other text in this file.

3. Hit Save. Close the Gedit window.

Now return to the Terminal and refresh your package list by running:

The ‘failed to fetch’ APT error should no longer appear.

How To chrome quick fix 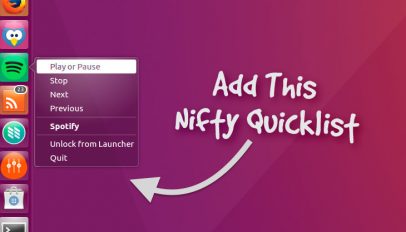