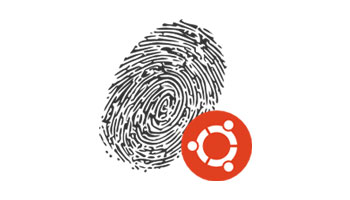 As part of the collaboration BlockApps’ Nimbus uPort Biometric Digital Identity tool have been ported to run on Ubuntu phones and tablets.

uPort, described as ‘the next generation of identity systems’, is pitched as “self-sovereign identity”.

uPort permits secure interaction with the Ethereum blockchain using biometric and encryption features (e.g., fingerprint reader) on a mobile device.  It associates an Ethereum address with a user name, avatar, email address and/or social media account to create a ‘map’ of an individual’s identity.

The persona is verified through the Ethereum blockchain, but the ownership of the identity is determined locally using public and private key pairs.

A selective disclosure system allows users to stay in total control of which friends, businesses and/or third-parties can access their personal data.

The ‘Internet of People’ Begins

The companies involved in this new partnership say it will help kickstart the “Internet of People”.

Users will be able to edit and control their “self-sovereign identity” from Ubuntu devices.

Christian Lundkvist, co-founder of uPort says: “[The] Ubuntu operating system integrated with the bleeding edge digital identity tools of uPort, the Ubuntu phone will be a great step towards a fully self-sovereign and completely interconnected world.”

Joseph Lubin, founder of ConsenSys says: “The Ubuntu phone […] incorporating the uPort persistent, portable Identity tools takes [the Ubuntu Phone] into a realm beyond, where identity is self-sovereign — fully controlled by the user, deeply secure and, like the phone itself, opens new vistas on the emerging decentralized web services.”

Admittedly I am not a biometric security expert, and the wall of jargon that surrounds (most) blockchain technologies is as impenetrable as the secure transactions it affords.

But the gist of this collab is evident: Ubuntu phone users will be able to create, store and manage a uPort identity on their Ubuntu device. They will be able to make use of this identity to authorise ‘transactions’ on the Ethereum Blockchain using biometric features of their handset.

Think using your fingerprint to login in to Ubuntu One to install an app.

“Canonical is keen to support the development of blockchain applications and their expansion from business cloud solutions to mobile consumer applications. Working with ConsenSys and BlockApps on building a platform for the consumption and creation of blockchain based mobile apps is the realization of the promise of Ubuntu as the reinvention of personal mobile computing.”

The collaboration adds further weight to the rumor that a Meizu Pro 5 Ubuntu Edition handset will be unveiled at Mobile World Congress. The high-spec device from Chinese OEM Meizu includes a fingerprint reader, something no Ubuntu Phone currently offers. 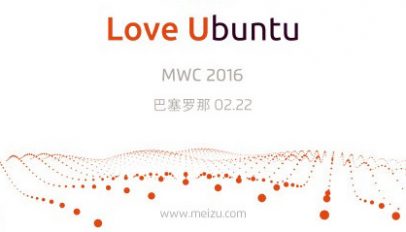 Meizu Tease New Ubuntu Phone Ahead of MWC 2016
Read Next