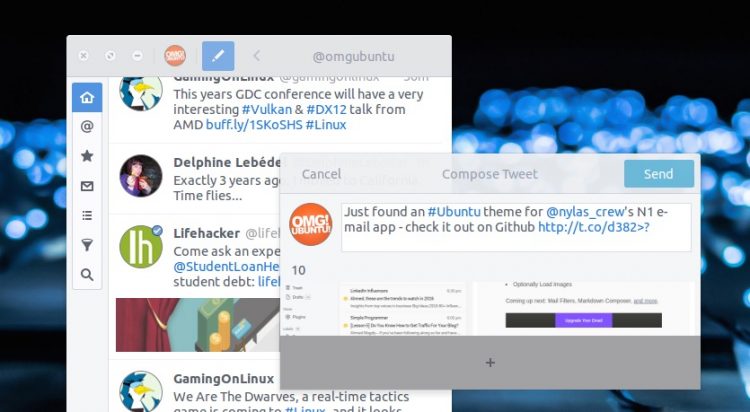 It’s just gotten much easier to install Linux Twitter app Corebird on Ubuntu — and you won’t need to add a PPA.

A modern, lightweight and open-source desktop client, Corebird has all the features you’d expect a Twitter app to have, plus a few you might not.

It has inline image and video previews, a comprehensive tweet filter, and supports multiple accounts. Corebird is easily one of the best twitter apps available on any platform.

In this article I show you how you how to install Corebird on Ubuntu quickly without needing to add a PPA.

But before we get to the juicy stuff, let’s have a recap of how this is (finally) possible.

Corebird — No Longer A Flap To Install

Corebird might just be the best Twitter client for the Linux desktop, but it’s not always been the easiest to install — not on Ubuntu, anyhow.

Would-be users who visit the official project website are told to check their Linux distribution’s package archive to install it, and, if unavailable from there, to try installing it from source.

While the community has stepped in to handle the packaging and maintenance duties Fedora, SUSE and Arch, those of a Debian persuasion were left at a dead-end.

Ubuntu users looking to try the app have two choices: either compile the software by hand, or hunt down an unofficial third-party PPA.

‘Corebird is possibly the best desktop Twitter app for Linux.’

As of this month Corebird is available in the Debian testing archives thanks to the work of Debian champ Phillip Rinn.

Because Debian Stretch serves as the base of Ubuntu 16.04, currently in development, Corebird is also available through the Ubuntu archives.

After what feels like forever — we first wrote about Corebird back in 2013 — the best desktop Twitter app for Linux is now available to install on Ubuntu 16.04 LTS.

Older versions of Ubuntu can not install using this specific package as it requires GTK 3.16+.

This article shows you how to install Corebird on Ubuntu 15.10 (Wily Werewolf) and Ubuntu 16.04 (Xenial Xerus) using a Debian (.deb) installer packaged for and downloaded from the Ubuntu archives.

When the download completes you can install the package using your preferred method:

Those of you who like to do things by pushing on-screen buttons need only double-click the deb package to install the app through the Ubuntu Software Centre (or Gdebi, if you use that it as default).

Those of you who are terrifically talented at terminal fu can coerce Corebird to install through the command line:

If you experience any errors after installing the app open a Terminal and run:

This should resolve any missing dependencies resulting in a ‘broken package’.

Regardless of how you install it, once you have you can open it through the Unity Dash (or equivalent app launcher) — look for the bizarre bird with bulging eyes and its brain on show…

If you’re running an alpha build of Ubuntu 16.04 LTS you can install Corebird directly through the Ubuntu Software Centre (or whatever the store that replacing it).

Hit the button below or run ‘sudo apt-get install corebird’ to install it.

When the install has completed you will be able to launch the app from the Unity Dash (or equivalent).

A Brief Overview of Corebird

This feature set lets you do pretty much everything you can do on in other Twitter apps:

Other Corebird specific features include:

We cover this application’s feature set in greater detail in ‘The Essential Guide to Corebird, The Best Twitter App for Linux‘. Check it out (and pass it on)!

Don’t forget to follow us on Twitter! We’re don’t only posts links from an RSS feed. We like to survey your opinion, run competitions, retweet your tips , share development tidbits and rumours, reply to questions, and a whole lot more.

Quick #TwitterPoll (you need to use website/mobile app to see it) — Do you use WINE on #Ubuntu?

How To corebird Xenial Xerus 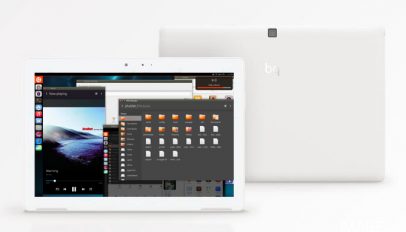 Bq Confirm Ubuntu Tablet with Convergence is Coming
Read Next