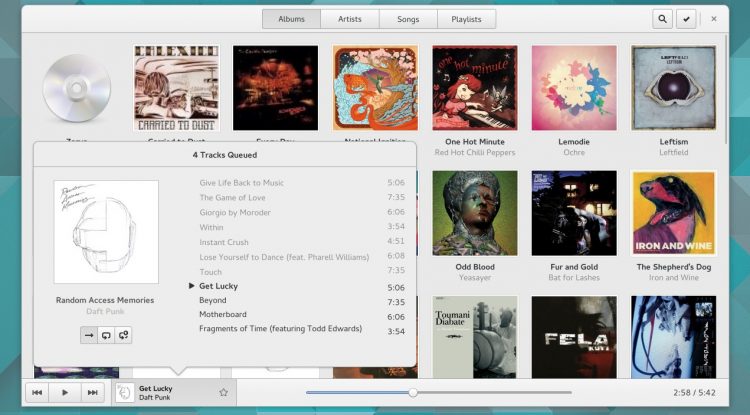 Music, the GNOME music player that isn’t Rhythmbox, has been quietly progressing in the past few GNOME releases.

The app now has a basic feature set that ticks all the right boxes, e.g. search, smart playlists, etc and is fronted by a modern interface that swaps chrome and clutter for instant usability.

But the app is set to get even better in the near future. Among new features detailed by GNOME developer Alan Day on his blog is a new pop-over play queue. This pop-over serves up information on the currently playing track with a click, and provides a proper home to repeat, shuffle and looping buttons, both on a per-track and per-playlist basis.

Plans for “even smarter playlists” is also afoot, with GNOME devs aiming to make them “much more dynamic, so that they reflect your music collection and listening habits.”

Adding to the chorus of planned additions is CD ripping, Shell search integration, a new welcome screen and, further down the line, online account integration (hopefully for Last FM scrobbling) is to be added. 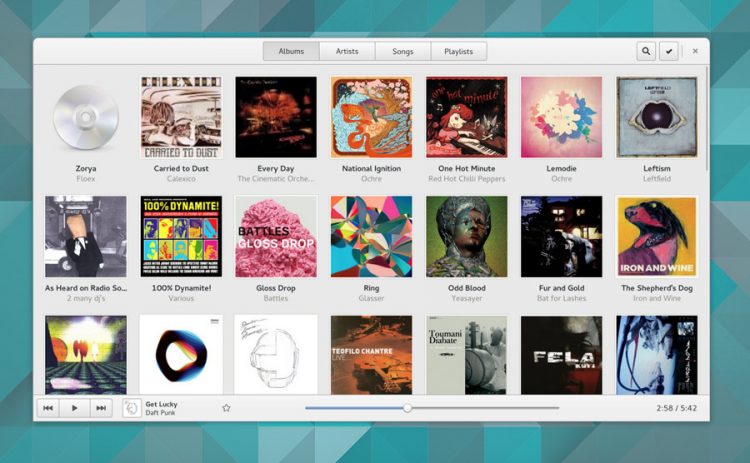 All great features but, to sound like a trashy talent show panel, has GNOME Music got what it takes to be the next big desktop music player?

It looks good, that’s for sure. But it remains a nightmare to get set-up thanks to the heavy dependency on Tracker for music indexing remains. This, for me, remains the biggest single sticking point in this otherwise handy player.

Even on Ubuntu GNOME I have trouble getting Tracker to detect, log and pass on details of tracks in the ~/Music folder and pass them over to the app. And even when it does it refuses to read the metadata, leaving me staring at, well, this:

The world is moving towards a streaming future, with YouTube, Tidal and Apple Music all adding to the movement in recent months.

But the streaming music buffet isn’t for everyone. I’m among those who still use a desktop player to play local files stored on a local hardware, and will continue to do so for some time to come.

With a few rolled up sleeves and a bit of attention Music, along with other core GNOME apps, could evolve into something even users of Mac OS X would envy.

If you fancy getting involved you’ll find more details on the project on this wiki page.

If you’re using Ubuntu 14.10 or later you can take an older build of GNOME Music for a spin, straight from the Ubuntu Software Centre. 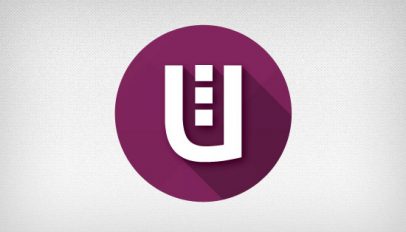