Whether you watched the Apple WWDC keynote or not you’ll be wading through reaction to it for a good few days to come.

But before you click the ‘x’ and run off note that we’re not here to bore you with a recap of the entire WWDC keynote for you. Nope, we want to focus in on one key feature announced on stage: Siri Suggestions.

Apple fans reading this should note that this article concerns the Siri Suggestions page only and NOT the main Siri interface or the new features added to it, e.g., Proactive. 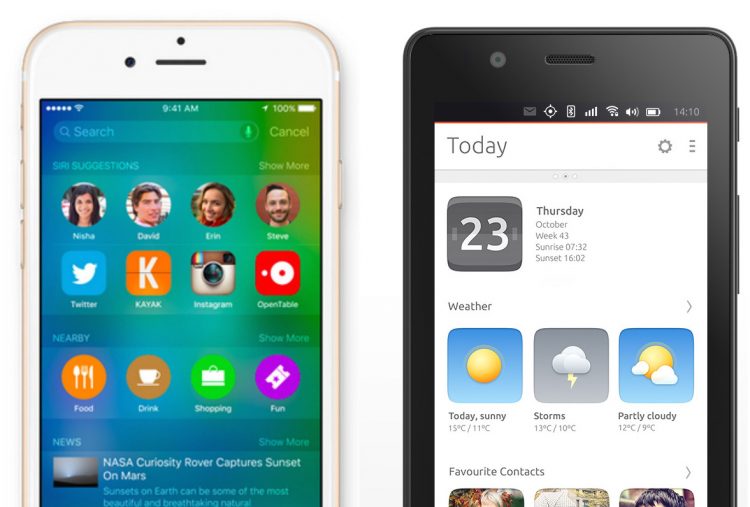 Siri, the Apple voice assistant, is getting smarter in iOS 9, due for release later this year. Part Google Now, part Windows Cortana and, interestingly for us, a little like Ubuntu Scopes.

In iOS 9 users will be able to swipe right on the home screen to access a new “Siri Suggestions” page. This page will list various information, including reminders, favourite contacts, ‘nearby’ information, traffic details and news…

‘Aggregator Scopes’ group together data from other Scopes based on a theme.

For example, on one screen you have the ‘Nearby Scope‘ showing data from restaurant review services, travel info and Wikipedia entries, while a swipe to the left might reveal the ‘Today Scope‘ with date, weather conditions for your current location, quick links to your favourite contacts, etc.

This pattern is repeated with Food, Photos, News, and Shopping.

The Siri Suggestions page is based around the same over-arching concept as Ubuntu Scopes (that of putting ‘information at your fingertips’). It even looks a little similar. But it differs drastically in how it works.

On Ubuntu Phone the content in Scopes does not surface ‘on demand’. You either have a section enabled in a Scope or you don’t. You cannot mix aggregator scopes (i.e. can’t show traffic data in Today). Content does not surface intelligently, on-demand, as you need it.

Siri suggestions do. They are are not static or pinned but change throughout the day so that apps, info and reminders surface at the right time.

Ubuntu Scopes aren’t that smart yet.

If Siri knows you normally check Instagram at 4.15PM it will ‘suggest’ Instagram to you at 4.15PM; if it knows you have a doctor’s appointment at 3.25PM it will shows you travel conditions and directions to get there, and so on.

Siri will keep what it knows/learns about you on the device you’re using it. It will even populates the suggestions page using data from local apps and not by polling a third-party server directly (and where it does do that, such as making a Spotlight search query, all data is anonymised).

This article isn’t about screaming ‘first’ like an immature internet commenter nor belittle the effort with a snarky roll of our eyes.

The notion that innovation only happens from scratch is baloney (same word I’d use to describe the sneers  that greeted OS X adding Aero Snap).

Progress happens when the kernel of an existing idea is improved on, re-interpreted or approached in a new, unique way. The verbal patents; the cries of “we did it first, so you can’t” miss the really big take away here.

As with the new that Microsoft is enabling Windows 10 smartphones to ‘turn’ into a PC when connected wirelessly to a monitor, this new iOS 9 feature is less about ‘copying’ and is more about validation of the ideas Ubuntu has been exploring for the past few years. 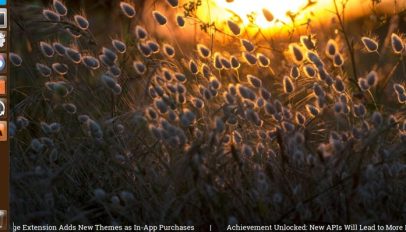