Despite a plethora of fantastic desktop Linux distributions only a select few are available to buy pre-installed on laptops, desktops and other computing devices.

Ubuntu MATE, the most recent member of the Ubuntu family, joins this esteemed club. It has announced a partnership with UK-based computer reseller Entroware.

The deal will see Tux enthusiasts able to purchase Entroware laptops and desktop PCS with Ubuntu MATE pre-installed — and with full support from the company, to boot.

Entroware currently ship a choice of Ubuntu 14.04 and 14.10, or no OS at all. From April Ubuntu MATE 15.04 will join the list of operating system options.

It’s not clear if Ubuntu MATE receive any percentage from the sale of devices pre-loaded with the OS, as is the case with similar deals in place for other distributions such as Linux Mint.

Kickback or not, the announcement is yet more positive news for Ubuntu MATE. The community spin has been picking up momentum ever since its first release and was last month formally badged as an official Ubuntu flavor.

Founded in 2014,  Entroware aim to ‘fulfil the demand for a range of quality Linux computers’. Like other Linux computer companies Entroware rebrand and sell so-called ‘white box’ devices made by a third-party ODMs such as Clevo.

Both Entroware and the team behind Ubuntu MATE say they are “excited” by the partnership.

For more details on Entroware and the devices they offer zip on over to the official website, linked below.

Thanks to Martin Wimpress 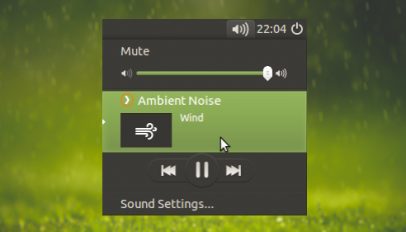