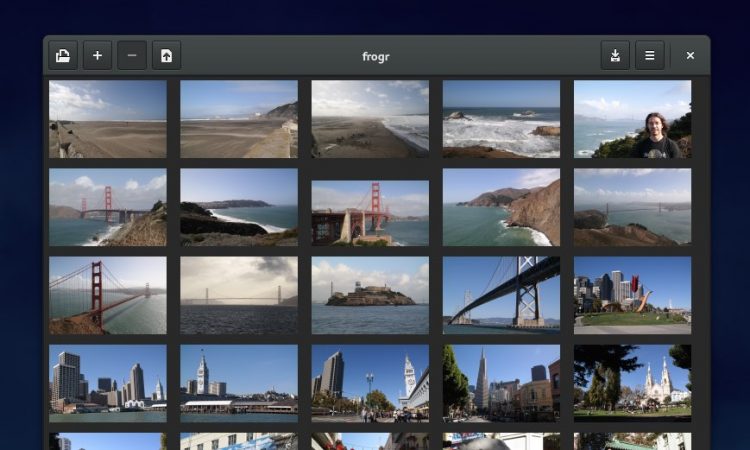 Frogr, the handy image uploading and management tool for photo service Flickr, is one of a handful of apps that I’ve been writing about for years — since 2009, in fact.

Over the past five years Frogr — ‘Flickr Remote Organiser for GNOME’ — has kept pace with Flickr and its changes (rib)bit by bit, despite the service’s own declining popularity.

But although Frogr is an incredibly useful tool (see feature list further down for what it can do) it never quite looked as good as the features it boasted inside deserved.

Frog developer Mario Sanchez Prada announced the release of Frogr 0.11 on his blog. He describes the update as “incremental” rather than major and says it is designed to fix a “bunch of problems” with general performance and stability.

I think Mario is being modest. This is a pretty substantial update with some really nifty changes that makes it well worth upgrading to.

The first — and most noticeable — change is the introduction of GNOME’s new GTK Header Bar (also known as ‘Client Side Decorations’). This one change alone gives Frogr a sleek, streamlined appearance. It’s free of cruft and big on simplicity — a fitting face for a really useful tool.

Naturally, like any and all design changes on Linux, not everyone is a fan of Header Bars/CSD. There are passioned arguments on both sides over what UX and UI proposition works best (‘best’ being a myriad of subjective assumptions applied broadly).

But here, as in countless other GNOME Apps of late, Header Bars really enhance the look and feel of the app.

Another change, albeit one that’s less apparent at first glance, is the ability to automatically upload photos with the ‘date taken’ value in the EXIF metadata replacing the “date uploaded”.

This feature will prove especially useful to anyone who takes reams of photos, but doesn’t always upload them to Flickr at the same time. By checking the option to use the date taken EXIF value, those folks can keep their Flickr Streams organised automatically, without re-editing.

General features of Frogr (not new to this release):

After installation has completed just launch the app from your nearest app launcher and use the menu to ‘authorise’ your account.