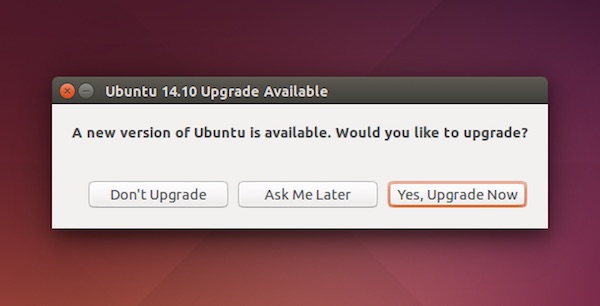 As one might expect for this release, the coverage receiving it has been overwhelmingly ambivalent.

The uninspiring unicorn and its dull change-log strikes again.

‘Reviews from tech publications and news sites are, once again, hard to come by’

It is not awfully hard to write about a new release on a site like this, where the minutiae is met with some degree of interest, however dry. But when pitching at the ‘not we’s‘ it’s a far harder sell to craft compelling copy around what amounts to a handful of minor package updates to things Joe User has never heard of.

And that means reviews from tech publications and news sites are, once again, hard to come

Even I struggled to find much to say about this particular release besides “it’s new, it’s out” — heck, for the first time since 2010 we didn’t even make a release video! (The sarcastic chump within replies: “Yes you did. You posted it back in April.”)

But chin up, folks! While this release may not have left any hoof prints over the likes of BBC News, The Guardian or Business Week (all places where 12.04 LTS and earlier featured) there is some chitter-chatter about it out there, even if it has been written with a stifled yawns.

The indomitable PCWorld.com suggests Ubuntu users on earlier releases will find little need to upgrade to this  release, describing it as ‘humble’ in changes:

“If you’re using Ubuntu 14.04 LTS, there’s really no compelling reason to upgrade to 14.10 Utopic Unicorn. That’s a good thing. The Linux desktop is stable and ready to be actually used—not just tinkered with.”

This take echoes my own, and it’s a narrative that threads throughout most of the critical takes on 14.10 published thus far.

To say Ubuntu 14.10 is not a ‘must-have’ upgrade isn’t an automatic negative. Those who are not fussed about having the latest versions of python, gstreamer or libidk now know they can keep on keeping on with 14.04 LTS without missing out on anything major.

“Th[is] release shows how far Ubuntu has come — while there have been some rough patches in the last decade, the Canonical team can now focus most of its energy on refining a successful formula.”

Over on the The Register, Scott Gilbertson emphasised the minor:

“Almost nothing Canonical develops has changed in this release – there isn’t even a new desktop wallpaper. There are some updates to be sure, but they don’t hail from Canonical. Point release updates for default GNOME apps are included, as is a new kernel, the latest version of Mesa, and some other underlying tools.”

…and reiterated again in a piece for Ars Technica:

“[There is] almost nothing new in the latest version of Ubuntu, 14.10. There’s a kernel update, a few application updates, but nothing major…”

In all the reception has been a little lacking. But what critics, the majority of whom only go hands on with the OS for a few hours every six months, think matters less than what you, the user, has to say.

Have you upgraded yet?