Apple today confirmed its long-rumoured foray into the wearable computing market with the launch of ‘Apple Watch’.

Backed by a robust set of features, hardware solutions and app partnerships, the wrist mounted device is being heralded by the company as “a new chapter in the relationship people have with technology.”

But does its arrival, and the uptick in consumer interest it will likely bring, mean Ubuntu should follow with a version of Ubuntu for smartwatches?

Big Hand Is On Success

Apple joins the fast growing smartwatch sector at just about the right time. The boundaries of what a wrist-mounted computer can and should do are not yet set in stone. Bad design, poor user interfaces, and weak arguments for the usefulness of wearable technology to mainstream users has seen the hardware category remain sufficiently impressionable — a factor that has allowed Cupertino to take its time with the Apple Watch.

‘More than 22 million smartwatches will be sold this year, say analysts’

Sales of wearables, including fitness trackers, last year were just shy of 10 million units worldwide. This year the number of devices analysts expect to see shifted will pass 22 million — and that’s without the Apple Watch, which doesn’t hit retail until early 2015.

It’s easy to see where the growth is going to come from. The IFA 2014 tradeshow held in Berlin at the start of September played host to a swathe of new wearables from major OEMs, including Sony and ASUS. Most are running Google’s newly released Android Wear platform.

A more mature offering, Android Wear debunks the novelty argument often associated with the form factor to present a consistent and convincing user scenario. Though, as with the new Apple Watch, it is one tightly hinging on an existing smartphone ecosystem.

Whether it’s a use case a wrist-mounted version Ubuntu can match isn’t (yet) clear.

‘No Plans for an Ubuntu Smartwatch’

The versatility of the Ubuntu OS combined with the stringent vision for a multi-device and convergent future has already seen Canonical target smart TVs, tablets and smartphones. Mir, the company’s homegrown display server, was even created to power interfaces on screens of all sizes (though admittedly not 1.5″ ones!).

At the start of this year then-Canonical community manager Jono Bacon was asked whether there were plans for an Ubuntu watch. Offering his opinion on the subject, Bacon mused: “adding another form factor to the [ubuntu touch] roadmap would only slow things down”.

As the two year anniversary of the Ubuntu Phone announcement approaches, it’s hard not to agree with him.

But all hope is not lost. In a press call a few months later Ubuntu founder Mark Shuttleworth mentioned wearable technologies in the same breath as the company’s plans for TVs, tablets and smartphones, saying:

“Ubuntu is really unique in that it has this beautiful design on the phone, but it’s also designed at the same time to feed all of those other ecosystems, from wearables to the PC.”

While far from concrete confirmation, it serves as a pointer – an optimistic hedge in that direction.

Not likely — and here’s why

Canonical is not averse to entering markets with entrenched monopolies. In fact, it’s in the DNA of the company — RHEL on servers, Windows on desktops, Android on smartphones…

Ubuntu for devices is built as such that it could be expended to and adapted to run on smaller screens, possibly even those as small as a watch face. When the common code base is in place for phone, tablet, desktop and TV I’d be surprised if we didn’t see some sort of effort in this direction from the community.

But reason why I don’t think it’s likely to happen from Canonical’s side, at least not yet, is an echo of Jono Bacon’s personal thoughts earlier this year: time and effort.

Tim Cook said in his keynote: “We didn’t take the iPhone and shrink the user interface and strap it on your wrist.” It’s an obvious statement. Designing a UI and UX model for such a small screen, working through interaction methodologies, complimenting hardware and input models isn’t a simple task.

Wearable technology is still a nascent market. At this stage Canonical would be wasting development, design and business time in pursuing it. Any benefits would be outweighed by the loss in other, more pressing areas.

Playing the longer game, waiting it out to see where other efforts succeed and fail, is the harder route, but the one better suited to Ubuntu as it stands today. It’s better for Canonical to focus energies on existing products (which some argue are already arriving late) before throwing newer ones out ahead of them.

For an idea of what an Ubuntu smartwatch could be like hit play on the following video which shows an interactive Unity themed skin for the Tizen powered Samsung Galaxy Gear smartwatch.

Home » Opinion » With Apple Watch Unveiled, Could an Ubuntu Smartwatch Be Next? 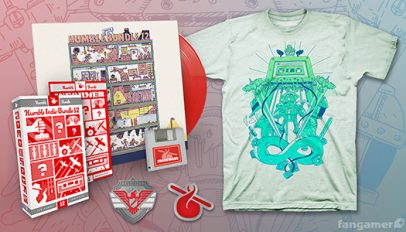