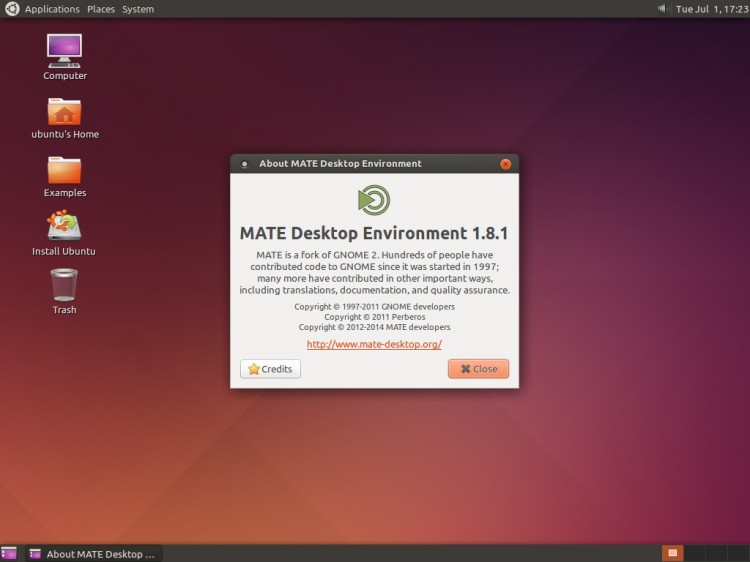 The first beta release of Ubuntu MATE Remix 14.10 was published at the end of August.

Currently an unofficial Ubuntu spin (something likely to change in the coming months) the remix uses a fork of the GNOME 2-era desktop and its associated applications on top of an Ubuntu 14.10 base.

It might not use ‘newer’ desktops like GNOME 3/Shell, Unity or LXQt, but it’s not using abandonware, either. The MATE environment is actively maintained by a small and dedicated team of developers.

New to the first beta release are a set of community-sourced wallpapers, branded Plymouth and SYSLINUX screens, and new Ubiquity installer slides.

The LightDM login screen now matches the desktop, and there are custom versions of Ubuntu’s Ambiance and Radiance themes to keep things visually similar for converts.

New app additions include a screen magnifier to help with accessibility, colord to manage color profiles, and on-demand codec installation.

To experience the release as intended (and not risk your stable installation) you can try the latest beta release in a virtual machine. Downloads and more information on how to use/install it can be found on the official Ubuntu MATE Remix project website.

It’s also possible to install the MATE Remix Desktop on Ubuntu 14.04. To do this, you’ll need to add the official PPA to your system’s software sources, update and then install the relevant meta package.