The GNOME project has announced the release of GNOME 3.14, the latest stable update to its popular Linux environment.

Following the well received and feature-packed release of 3.12 back in March, 2014, was never going to be an easy task. As a whole, 3.14 is lighter on the bells and whistles than its predecessor but still arrives packing almost 30,000 changes, all contributed by over a thousand willing developers, designers and volunteers.

Touchscreen gesture support has been baked into all GTK+ apps and GNOME Shell. For example, to open the Message Tray you swipe up from the bottom of the display, while accessing the Apps Overlay needs just a one-finger swipe in from the left.

A full list of current gestures can be found on the GNOME Wiki.

As someone who works out of a coffee shop most mornings I will personally appreciate improvements to Wi-Fi Captive Portal handling. When connecting to a network that requires ‘authentication’ the requisite login page or pass prompt will be displayed during the connection process.

In an effort to increase accuracy of its location detection features, 3.14 uses Mozilla Location Service for 3G geolocation and geo-IP alongside existing Wi-Fi geolocation.

Maps adds a new route planning feature to let you plot journeys by foot, car or bicycle. When done, it displays a list of directional instructions to be followed.

The default document viewer Evince has been given a total reworking. It implements a header bar to save space, supports HiDPI displays, and will show an overview of your recent documents when launched standalone.

Although the lofty ambitions of previous releases have given way to reality, the goal to support Wayland in GNOME as fully as possible continues apace.

3.14 fills in previously missing Wayland functionality, including support for touch screens, high-resolution displays, window resizing and drag and drop features. Although said to offer a “usable Wayland experience” in 3.14, Wayland remains a little way off being made or promoted as default.

Just a few short years back the radically overhauled desktop debuted to a chorus of negativity, criticism and vitriol, even prompting Mr. Linux himself, Linus Torvalds, to publicly ask for someone to ‘fork this unholy mess’.

Now, with continued work on Wayland support bearing real fruit, and some much needed catch up in areas previously lacking, GNOME 3.14 stands the project, its dedicated users, and the wider Linux community in good steed.

Getting GNOME 3.14 on Ubuntu

It’s as yet unclear whether the usual optional and wholly unsupported upgrade via a series of GNOME PPAs will be offered. We’ll provide more information on how to use these, what the pitfalls are, etc. nearer the launch of Ubuntu 14.10 itself.

If you don’t want to wait, and have a spare USB drive or blank disc lying around, you can download a Fedora-based live image packed with GNOME 3.14 goodness from the GNOME website. 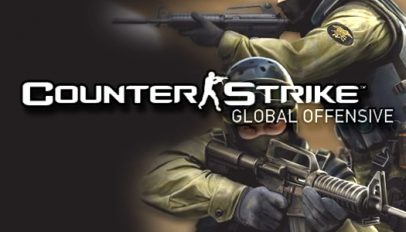