It is often touted as a superior alternative to the perennially popular VoIP service Skype — but is Viber truly able to live up to such claims?

My first experience with Viber came a few years back, back when it was a mobile-based messaging app in the vein of WhatsApp and Telegram.

Like a lot of people, I didn’t find much use for it at the time so the app was duly binned, and its name resigned to loiter around with less-than-stellar connotations in the back of my head.

Recently, having run into a few issues with Skype (none of which are insurmountable), a handful of my Twitter followers recommended that I try out Viber. I wasn’t keen at first, recalling my earlier, ambivalent encounter.

That was until they mentioned that it had a desktop Linux client.

Any service hoping to go toe-to-toe with a giant like Skype needs to be able to match it, punch for punch. Thankfully Viber does on most counts. It provides mobile and desktop applications capable of making free video and voice calls, sending message and stickers, and exchanging files and photo between active users on the service, for free.

It also boasts a few unique features of its own, like desktop-to-mobile synchronisation of calls and chats, location sharing, and a one-button way to seamlessly transfer calls between Viber on a desktop and Viber on a mobile.

Skype allows users to load ‘credit’ for making external calls to landline and mobile phones. In Viber this has an equivalent, ‘Viber Out’, but is currently only available in the iPhone and Android apps and not on the desktop — a drawback worth noting down if you make heavy use of it.

But having a feature list as long as a phonebook is one thing. How well those features work is another.

Since the company behind the service claim to have more than 200 million active users — a huge number  — it suggests they must be doing something right. So it was time to go hands-on and find out for myself.

Viber doesn’t use a traditional means of ‘registration’ but instead utilises your mobile number as your ‘identity’ on the service, much like WhatsApp.

This presents a hurdle: to set up Viber you have to install the mobile app on your smartphone. This is an annoyance that makes using it far less accessible than Skype.

On the plus side, the company support a huge array of mobile OSes — from Android, iOS and Windows Phone, to smaller platforms like Nokia Asha and Samsung Bada. Apps are available for all.

Viber for Android Viber for iOS

Assuming you’re okay with entering a mobile number, the rest of the setup is easy: you download and install the app, punch in a valid mobile number, wait for a special code to be sent via SMS (or via an optional callback), then enter it in the desktop app, click the prompts and agreements, et voila — you’re good to go!

Viber scans your mobile address book (and syncs it to its server) to let you know which of your phonebook contacts (if any) are already using the service. If none are then you’re a bit stumped; there is no option to add new contacts via the desktop app. Instead, you add a mobile number to your phonebook and sync through the smartphone app. 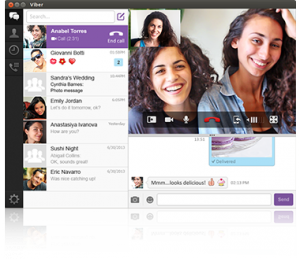 With a Viber identity set up on mobile it is time to transfer to the desktop. A .deb installer is provided for Ubuntu users which makes getting the app up and running dead simple. It would be nice to see it made available through the Ubuntu Software Centre, mind.

As a sucker for cross-platform consistency I appreciate that the design of the desktop app has been unified between all three desktop operating systems.

Sadly, this comes at the expense of native integration — something Skype, in its Qt-guise, manages to do almost perfectly.

You won’t find a system tray applet in Unity (or GNOME Shell or Cinnamon), nor any integration with the Ubuntu Messaging Menu.  Given the pending switch to Unity 8 (and the newer APIs and behaviour guidelines) it’s perhaps understandable that these features are missing, but there’s no denying that the app feels a bit vacant without them.

As ever, the quality of your connection matters more than the quality promised by the service, which tend to be based on interrupted, high-speed connections rather than real-life “who’s hogging bandwidth on the PS3?” situations.

While the quality of my test calls certainly seemed to remain consistent throughout their duration than I’m used to experiencing on Skype I cannot say for certain that this was down to Viber. It may simply have been an opportune moment on my network. I was also unable to discern whether the peak audio quality was better than competitors; calls merely seemed on a par.

Instant Messaging was where, rather oddly given my previous experience, I really came to like this app.

Everything worked as I wanted to and the interface is both intuitive and attractive. The decision to group all content, chats and calls into the one window is something I appreciate. I also like the ‘last online’ status appended to each contact in the sidebar list.

The desktop app by Viber is fantastic…if you’re an existing user. The features on offer are more than a match for its big-name rivals, the call quality is on a par, and unique touches like the ‘one button’ call switching feel truly innovative.

Superior service or not, Viber is only as good as the number of people you know on it.

There’s no getting away from the fact that Viber is not widely used. Is that their fault? No, but the fact that none of my existing Skype contacts were interested in adding another ‘junk messaging app’ to their phones so we could chat says something about the current proposition. Heck, my own groan up discovering it did!

The point of my hands-on with Viber was not to proclaim one service a winner over another, but to trial the Linux app and see if it was able to at least compete with rival VoIP platforms. On that score it certainly does.

But superior service or not, Viber is only as good as the number of people you know on it.

Viber Desktop is available as a free download for Windows, Mac OS X and Linux (64-bit only). 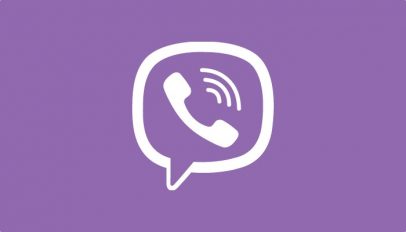 It may boast a few neat features that rivals don’t, but the lack of user base or native desktop integration makes using Viber full-time hard.

Home » Apps » Viber Desktop App for Linux Holds Its Own Against Skype, But Lacks Users 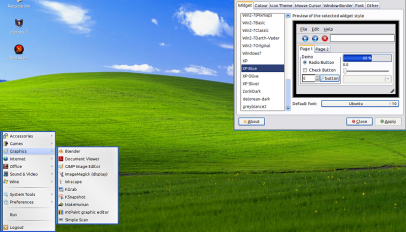